Realtors across many states in the nation reported slower homebuying activity in August as the Realtors Buyer Traffic Index fell to 57 from 69 in August 2017, according to the August 2018 Realtors Confidence Index Survey.

Homebuying activity in the country is still considered “stronger” in spite of the decrease due to the score being above 50.

However, the Realtors Seller Traffic index remains below 50, indicating more respondents reported weaker seller traffic during the month of August. The current index score is 44, down five points from August 2017’s index of 49. The National Association of Realtors believes that lack of supply remains the biggest obstacle in homebuying and increasing prices of homes.

According to the analysis released by NAR, the slowdown in homebuying may likely be because of higher home prices and higher mortgage rates. “In August 2018, the typical monthly mortgage payment was $95 more compared to the payment in August 2017.” 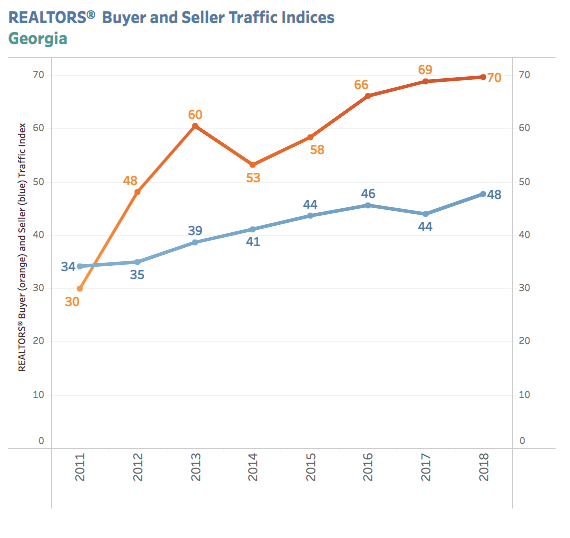