Home sales poised for a rebound 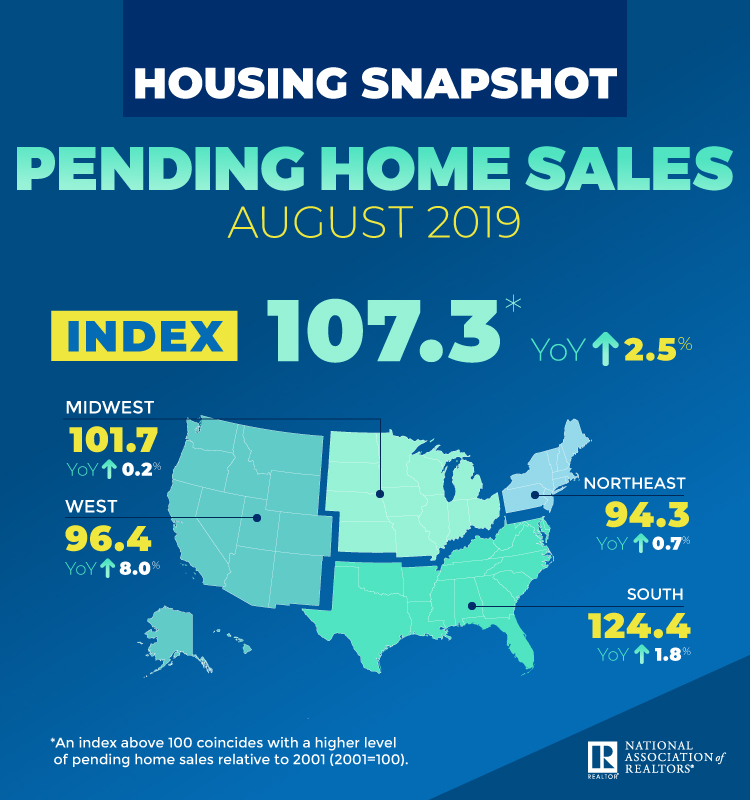 Pending home sales rebounded in August with a 1.6 percent climb on the National Association of Realtors’ Pending Home Sales Index.

The increase puts the index at 107.3 for the month, a reversal of July’s decrease. Contract signings were up 2.5 percent over last year.

All regions tracked by the index experienced increases from the previous month, with the largest in the western region of the country, which grew 3.1 percent to 96.4. That’s an 8 percent jump in the area from the previous year.

NAR chief economist Lawrence Yun noted that the pending sales appeared to be driven by historically low borrowing costs. “It is very encouraging that buyers are responding to exceptionally low interest rates,” Yun said in a press release. “The notable sales slump in the West region over recent years appears to be over. Rising demand will reaccelerate home price appreciation in the absence of more supply.”

Yun added that interest rates are expected to remain low, which will help home sales for the remainder of the year and into 2020 and help mitigate still stagnant home building activity.

“Unfortunately, so far in 2019, new-home construction is down 2 percent,” he said. “The hope is that housing starts quickly move into higher gear to meet the higher demand. Moreover, broader economic growth will strengthen from increased housing activity.”

NAR forecasts a 0.6 percent increase in home sales in 2019 and 3.4 percent next year, while housing starts a predicted to increase 2 percent this year and 10.6 percent in 2020.