Atlanta has its best month for home sales in December 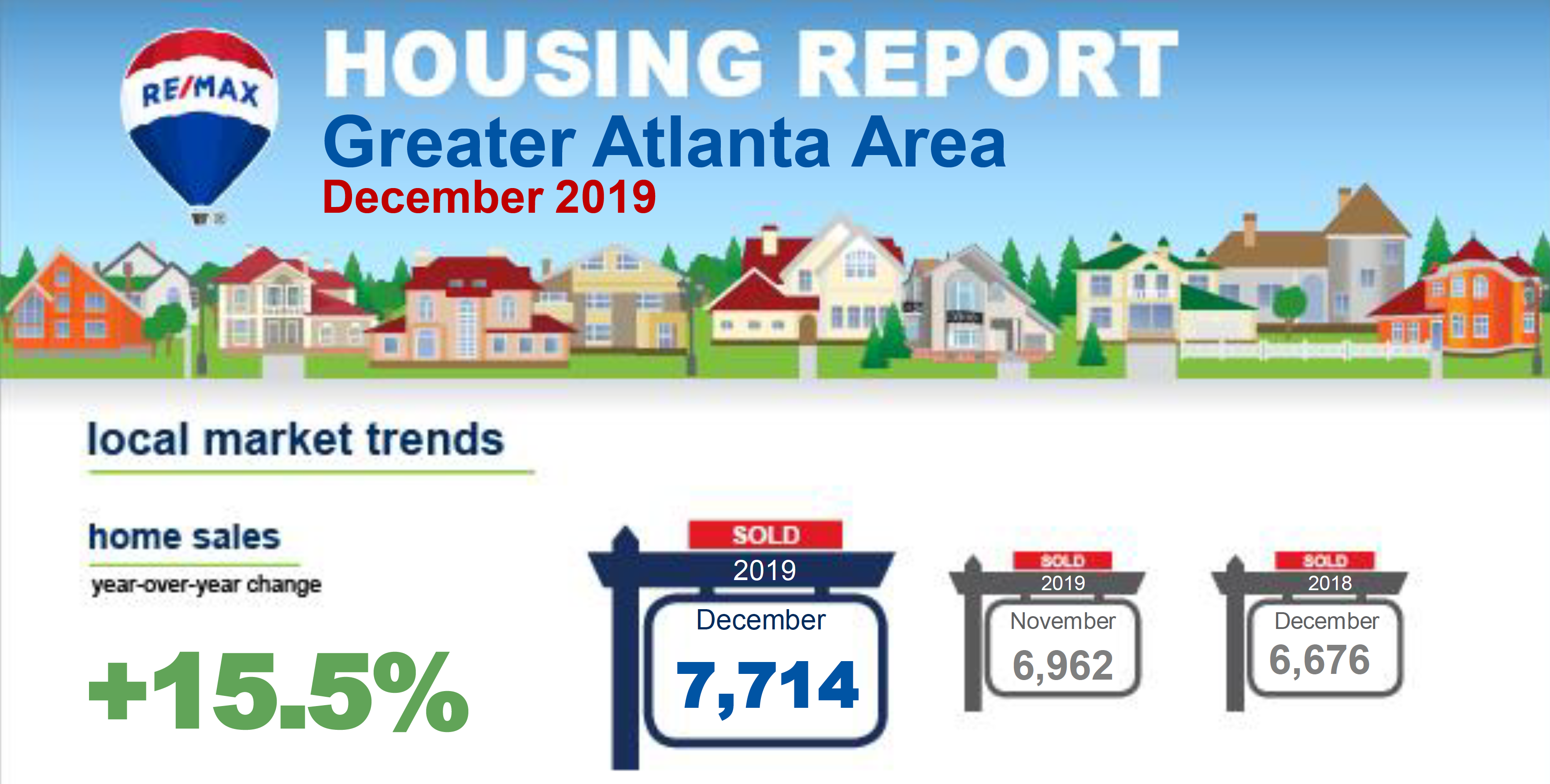 Home sales in the greater Atlanta area were up a whopping 15.5 percent in December, compared to the previous year, according to RE/MAX’s monthly housing report.

The average 52 days homes spent on the market was the same as in December 2018, but up five days from the previous month.

Supply was down, however, dropping to 3.6 months in December from 4.8 months at the same time a year ago. That was slightly up from 3.4 months in November 2019.