This time, it’s housing: Here’s where the democratic candidates stand 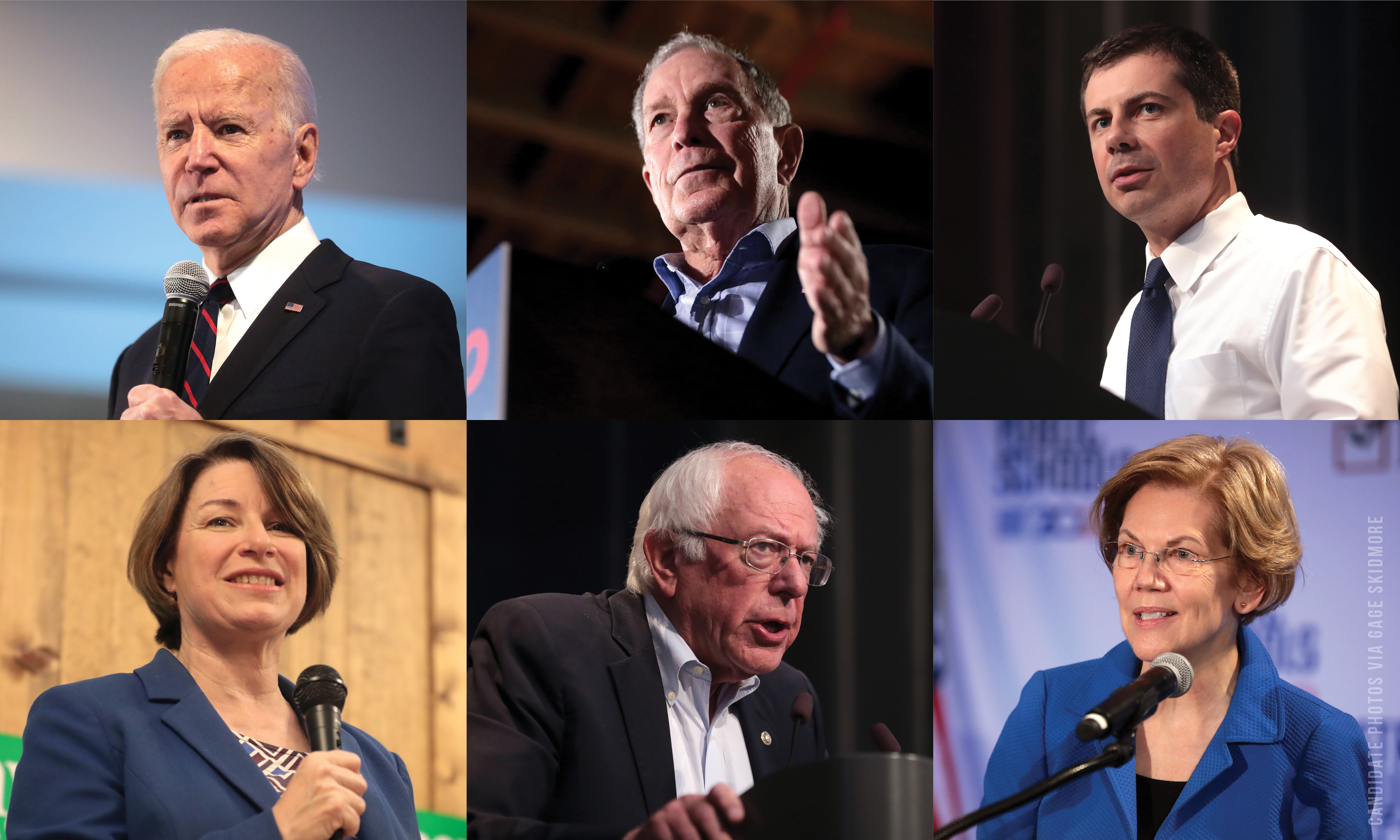 Back in 1992, political strategist James Carville famously coined the phrase “It’s the economy, stupid.” It was a strategy that allowed Bill Clinton to successfully unseat George H. W. Bush. Eighteen years later, with the U.S. economic outlook healthy, according to key economic indicators, a better rallying cry might be “It’s housing, stupid.”

According to Freddie Mac Research, the current rate of construction is about 370,000 units per year below the level required for long-term housing demand. That shortage of inventory has led to home prices that are rising at twice the rate of wage growth. An estimated one-third of Americans are cost burdened due to housing costs and nearly two-thirds of renters nationwide say they can’t afford to buy a home at all. Some can’t even afford to rent: Rising rents have contributed to our nation’s homelessness problem – a 2012 study found that a hundred dollar increase in monthly rent in larger cities was associated with a 15 percent rise in homelessness. Nearly 600,000 American adults and children are homeless on a given night, according to government data.

A number of the 2020 Democratic candidates have proposed extensive housing policies that seek to address the affordable housing crisis (one exception is former Vice President Joe Biden, who has given few details on how he would support homeownership). Here’s what the leading candidates have to say:

Biden has not specifically addressed the issue in his campaign literature.

In addition to reforming local zoning laws to make it easier to build housing for working and middle-class families, Buttigieg plans to invest $430 billion to create affordable housing for over 7 million families using investments from the National Housing Trust Fund, Capital Magnet Fund, HOME and CDBG funds, and the Low-Income Housing Tax Credit.

To eliminate the unmet need for rental assistance, Klobuchar plans to increase the supply of affordable housing by expanding current Low-Income Housing Tax Credit allocations to support the construction of additional units and work with states to strengthen rules to encourage a significant portion of LIHTC construction in high opportunity neighborhoods. She says her infrastructure package will also address the estimated $50 billion in capital repairs needed to public housing. She calls for funding the National Housing Trust Fund at a minimum of $40 billion per year and calls for lifting the bond volume cap specifically for housing projects to help provide additional funding to tackle the shortage of affordable housing. She also plans to strengthen rural rental assistance programs and increase investments in the rural housing supply.

Sanders plans to invest $50 billion over 10 years to provide grants to start and expand community land trusts and other shared equity homeownership models (where a public entity or non-profit owns the land and the tenant owns the physical building). This keeps housing costs down, Sanders says, and will enable over 1 million households to purchase affordable homes over the next 25 years. In addition, Sanders plans to invest $1.48 trillion over 10 years in the National Housing Trust Fund to build, rehabilitate, and preserve the 7.4 million housing units he says are necessary to eliminate the affordable housing gap. Sanders also plans to expand USDA’s Section 515 program by $500 million to build affordable developments in rural areas.

Warren’s proposed housing bill invests $500 billion over the next 10 years to build, preserve and rehab affordable housing units. The proposed bill would be funded by lowering the threshold of estate taxes from $22 million to $7 million – which is where it was when President George W. Bush left office – along with raising the tax rates above that threshold so high-income individuals (14,000 taxpayers, says Warren) pay a larger share. The bill also makes additional targeted investments in rural housing programs, the Indian Housing Block Grant and the Native Hawaiian Housing Block Grant to build or rehab 200,000 homes on tribal land and invests $4 billion in a new Middle-Class Housing Emergency Fund to support the construction of new housing for middle-class renters.

Biden wants to set a national goal of ensuring 100 percent of formerly incarcerated individuals have housing when they are released from prison. He would increase funding for transitional housing, effectively reversing cuts made by the Trump administration.

Bloomberg plans to treat homelessness as a national emergency, deploying immediate federal resources to tackle the crisis and doubling federal spending on homelessness from under $3 billion to $6 billion annually, a move that he says will cut homelessness in half by 2025. The plan also includes increasing federal support for rapid rehousing strategies, housing search support and short-term rental assistance to stop homelessness before it starts. He also plans to integrate homeless support with wraparound services to address issues such as substance use and mental health disorders and expand federal grants to cities that implement effective homelessness prevention programs.

Buttigieg has not specifically addressed the issue in his campaign literature.

Klobuchar plans to invest in homeless assistance grants that provide emergency and long-term housing as well as build on her work in the Senate increasing access to case management services like counseling and job training.  Her “Housing First Plan” also calls for a new grant program for states to provide temporary support for those at risk of homelessness while they wait for housing assistance.

Pledging to create 25,000 National Affordable Housing Trust Fund units in the first year to house the homeless, Sanders also plans to double McKinney-Vento homelessness assistance grants to more than $26 billion over the next five years to build permanent supportive housing. He also plans to provide $500 million in funding to states and localities to provide outreach to the homeless.

Warren has not given a specific policy position in her campaign literature on how she would address homelessness.

Former Vice President Joe Biden has given so few details on how he would support homeownership, real estate blog Curbed.com recently published a story with the headline: “Where’s Joe Biden’s housing plan?”

Bloomberg says that he will fully fund the federal Low-Income Home Energy Assistance Program and provide other resources to help homeowners upgrade buildings to make them more energy efficient. While short on details on his campaign website, Bloomberg also promises to fund programs that allow more accessibility for seniors, so they can remain in their homes as they age. Bloomberg adds that he will provide federal matching funds for down-payment assistance for homebuyers. He also plans to help establish 1 million new black homeowners by addressing inequities in wealth and homeownership and ensuring those in the industry act fairly, he says.

Buttigieg addresses some aspects of homeownership in his 21st Century Community Homestead Act proposal. His campaign released the proposal last summer as part of his so-called Douglass Plan, which aims to dismantle “racist structures and systems,” Buttigieg says on his campaign website. The act would establish a Homeownership Fund within the Department of Housing and Urban Development and invite municipalities across the country to bid for financing that would allow residents in historically redlined neighborhoods or other racially segregated areas to take ownership of properties with a 10-year forgivable lien for rehab of the home.

Klobuchar would push for a new federal tax credit that aims to encourage investment in homes in distressed neighborhoods. She also would expand to programs that offer down payment assistance to help potential homebuyers build a credit history. Klobuchar promises on her campaign website to strengthen protections in the Community Reinvestment Act and encourage financial institutions to provide loans, particularly for low-income neighborhoods. In addition to strengthening homebuyer education programs, Klobuchar proposes raising the capital gains tax rate and the corporate tax rate to fund her administration’s housing initiatives.

Sanders would invest $2 billion at the U.S. Department of Agriculture and $6 billion at the Department of Housing and Urban Development to establish assistance programs for first-time homebuyers. He also would impose a 25 percent tax on house flippers who sell non-owner-occupied properties. Sanders also would support limits on property tax increases in gentrifying neighborhoods to keep homeowners from being priced out of their neighborhoods.

Warren says she would encourage home construction through support of a bill she authored that would incentivize state and local governments to eliminate zoning ordinances and laws – such as those that mandate minimum lot sizes and parking requirements – that raise the cost of construction of new homes. She proposes establishing a $10 billion grant program that communities can use to build infrastructure, schools and parks, her campaign website states. Warren also proposes providing down payment assistance to thousands of first-time homebuyers who live in historically redlined neighborhoods.