NAR Policy Forum: Over a third of Americans cost burdened by lack of affordable housing 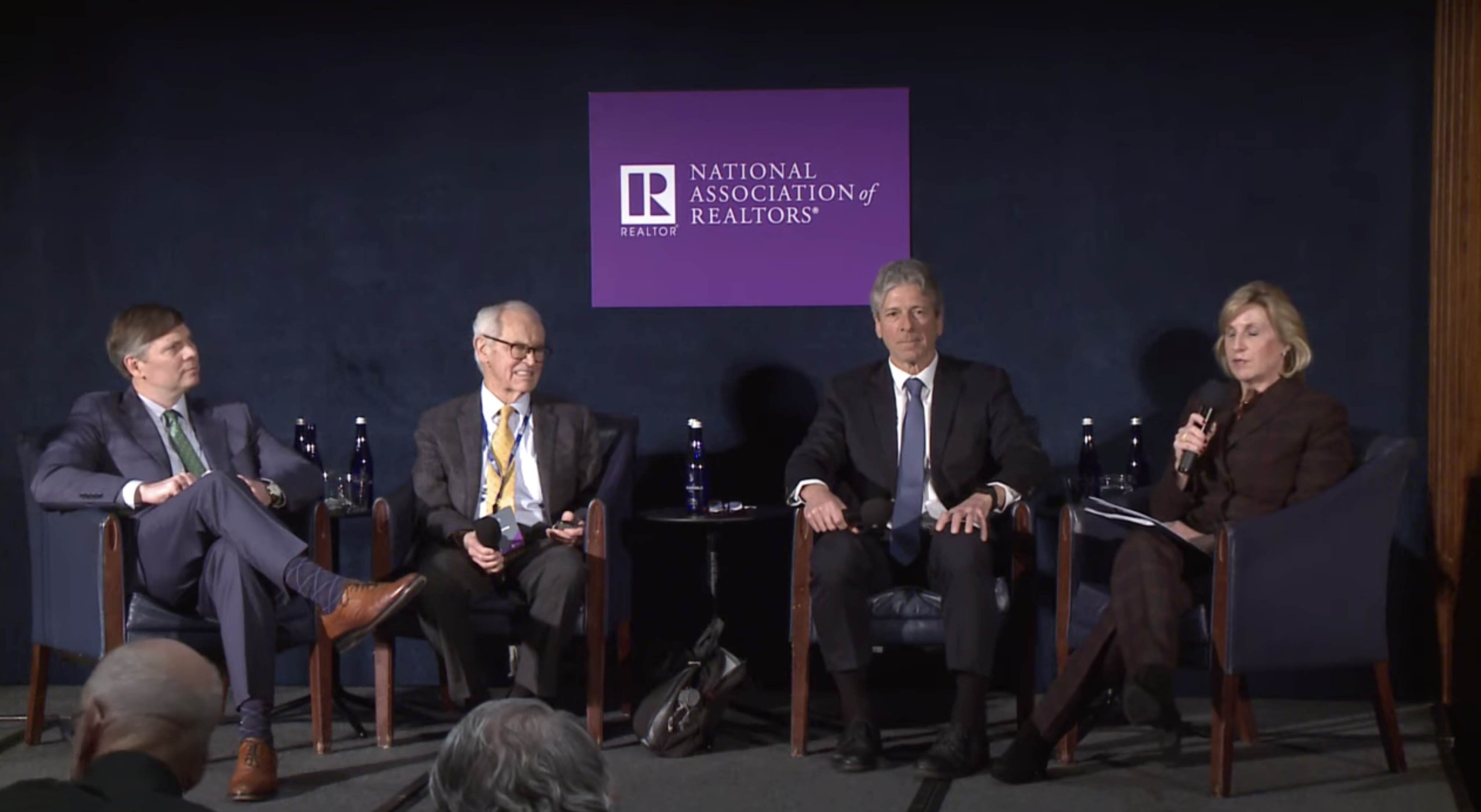 Tackling the growing problem of affordable housing shortages across the country has become a top priority for the National Association of Realtors this year and was the topic of conversation at NAR’s second annual Policy Forum on Feb. 6 in Washington, D.C.

The panel was hosted by Pamela Hughes Patenaude, former Deputy Secretary of the U.S. Department of Housing and Urban Development, and included three guests: Matt Chase, executive director of the National Association of Counties; Kent Colton, a senior research fellow at the Harvard Joint Center for Housing Studies; and Steve Francks, CEO of the Washington Association of Realtors.

Panelists also discussed some of the hurdles homebuyers face as a result of dwindling affordability as well as some of the root causes for the shortage.

Colton highlighted a study by Freddie Mac Research that found that “the current rate of construction is about 370,000 units per year below the level required for long-term housing demand.”

A labor shortage in the construction industry also has posed a problem over the last five years, according to the panel. Colton noted that increasing pressure to crack down on illegal immigration plays a large role in this labor shortage.

Francks emphasized how the pervasive shortage of housing was affecting communities across socio-economic lines in Washington state.

Francks added that many of the so-called “missing middle” properties ¬– starter homes and lower-priced condominiums – have seemingly disappeared. Denser multi-unit properties, such as condominiums, are not being built ¬– either at all in Washington’s case or at a fast-enough pace.

Francks noted his involvement in the Unlock the Door to Affordable Housing Initiative, which in recent years drafted and proposed a package of 16 bills at the state level in an effort to ease the affordable housing crisis.

Twelve of those bills were passed in the Washington State Legislature with “overwhelming bipartisan support,” which illustrates that the desire to address the issue crosses party lines, he said.

Chase noted that the lack of affordable housing across the country has left over a third of Americans cost burdened or extremely cost burdened.

He highlighted the issues at the community level that are contributing to the shortage: state governments making it difficult for their respective county governments to intercede on affordable housing issues; the huge influx of international buyers (such as private equity firms and sovereign wealth funds) on local economies; and the need for political, social, and economic incentives for people to build or convert properties into affordable housing.

All three speakers agreed that states have a great amount of power in leading the way to addressing the affordable housing crisis.

In the states of Oregon and in Minnesota, for instance, some local governments passed mandated zoning legislation that cut the construction of most, if not all, single-family homes. Those ordinances instead require the construction of multi-family properties such as duplexes and triplexes, in order to offer more affordable housing.