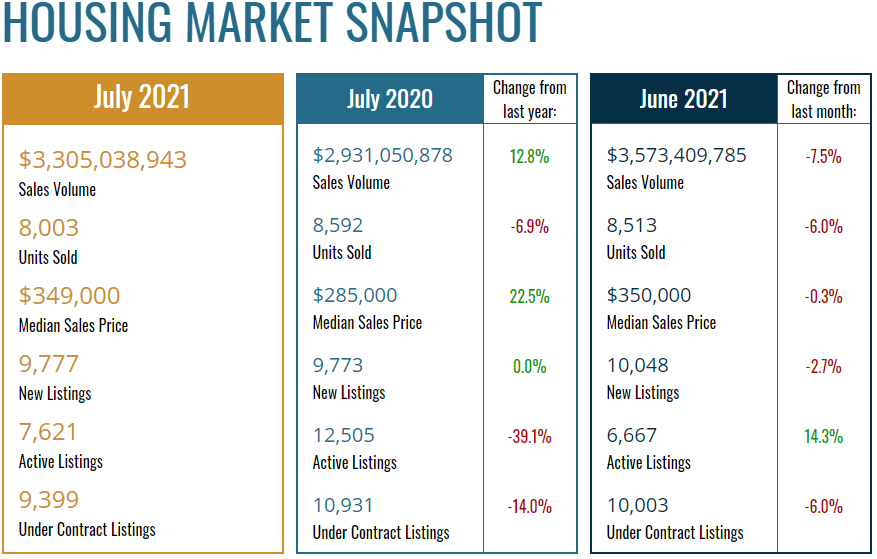 Courtesy of the Georgia MLS.

The median sales price of homes sold in the Atlanta metro area surged by 22.5% on a year-over-year basis in July to $349,000, according to statistics from the Georgia MLS.

The number of new listings was roughly flat, at 9,777, while the number of active listings dropped 39.1%, and under-contract listings declined by 14%.