Pending-home sales slide for third month in a row 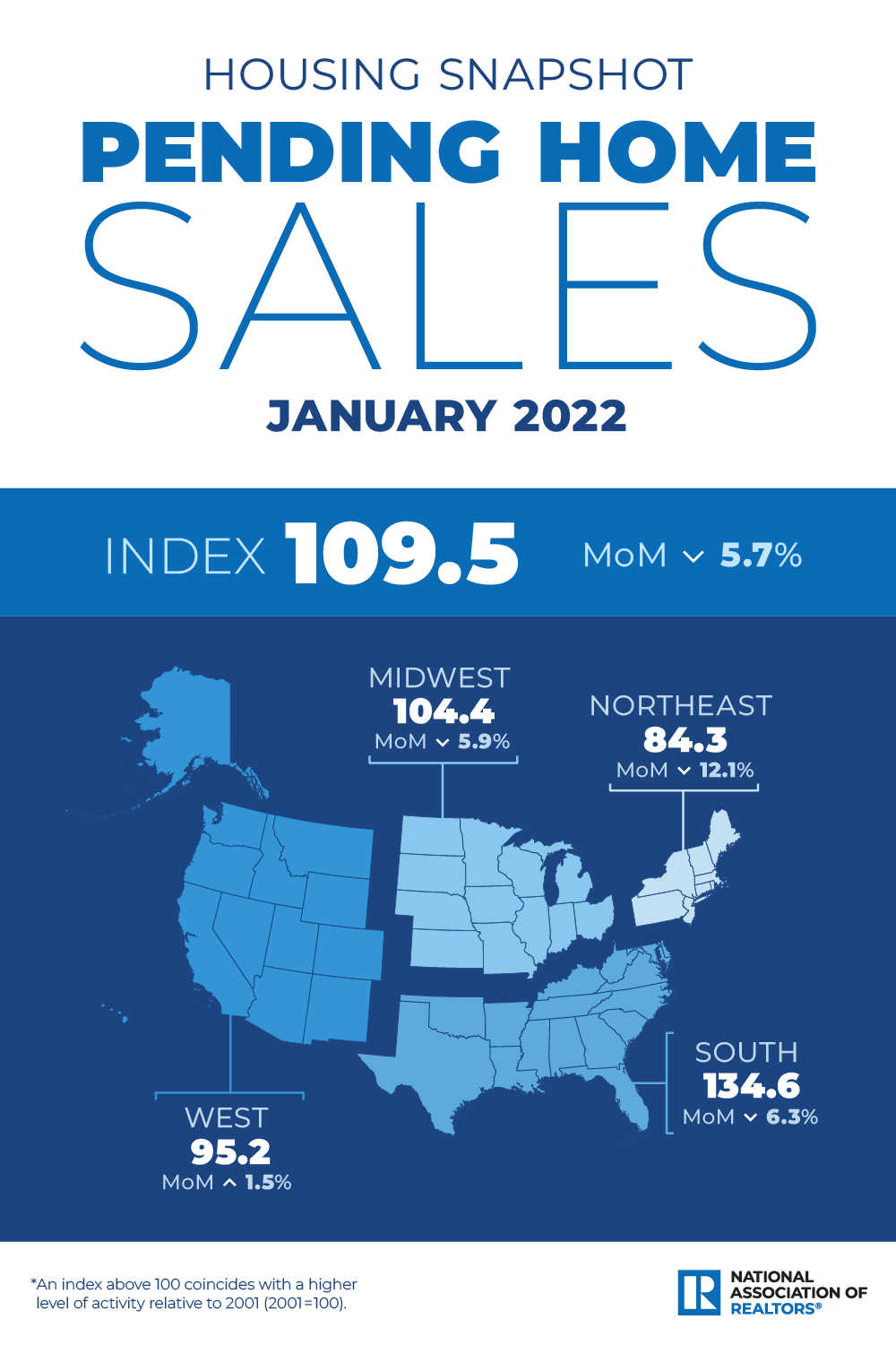 Specifically, pending sales, in which the contract has been signed but the transaction has not closed, fell 5.7% on a monthly basis and 9.5% on an annual one, according to a press release.

“With inventory at an all-time low, buyers are still having a difficult time finding a home,” NAR chief economist Lawrence Yun said. “Given the situation in the market — mortgages, home costs and inventory — it would not be surprising to see a retreat in housing demand.”

Economic conditions promise to be volatile in coming months, thanks to the planned conclusion of the Federal Reserve’s asset-purchase program in March and Russia’s recent invasion of Ukraine and its impact on oil prices, NAR said.

A flight to safety — U.S. Treasury bonds — in the wake of the sudden geopolitical instability could provide some temporary relief to interest rates, Yun said.

Three of the four geographic regions saw decreases in contract activity from the previous month, led by the Northeast, where it rose 12.1%, followed by the South with a 6.3% decline and the Midwest with a 5.9% slide. Transactions rose 1.5% in the West.

“Demand remains relatively strong, pending-home sales are higher than they were in January 2019 and January 2020,” First American deputy chief economist Odeta Kushi said. “There are lots of interested potential buyers out there — but the supply of homes for sale remains at record lows.”

Kushi noted that inventory turnover, or the supply of homes for sale nationwide as a percentage of occupied inventory, fell to a historic low of 1.11%, which means that only 111 in every 10,000 homes were for sale.

“The pullback in demand is a consequence of historically low supply,” she said. “You can’t buy what’s not for sale.”