A new survey from The Pew Charitable Trusts provided insights into why Americans are hesitant to enter the housing market. 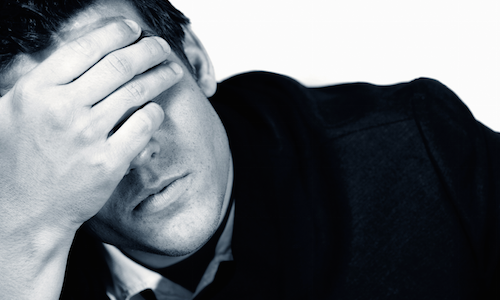 Set to the backdrop of 2007’s financial tempest, 2014 was comparably a good year for many American families. However, even as unemployment figures dwindle and personal accounts balance, millions are still wrought in anxiety, worrying about the strength of their salaries and whether it’ll be enough to cover the next fiscal storm, which now almost seems inevitable, a new study from The Pew Charitable Trusts found. And this could keep them from entering the housing market.

While it’s true the majority (56 percent) of the 7,000-plus survey respondents positively categorized their own financial situations, there remains endemic uneasiness. More than half of respondents (56 percent) admitted to worrying about their finances throughout the last year, pointing to a bevy of small-time stresses, like lacking retirement and short-term bills.

One of the most troubling findings from Pew’s survey was the 57 percent of respondents who said they are unprepared for financial emergencies. It’s this kind of wobbly financial footing that keeps potential buyers from buying.

Americans are certainly better positioned today than they were only a few years ago – savings are up, employment is up and minimum wage increases seem inevitable. But recovery isn’t a black and white affair, where a few quarters, or even years, of positive growth equates to salvation. Families continue in the struggle to reconcile their debt, and the ever-present threat of an impending crisis is a residual side effect that may take decades to overcome.

We’re Moving On Up, To The Same Side

The American economy, apart from the country’s energy sector, which has taken a beating in recent months, is chugging along a heading that ends with stability, but for many in the country, it’s less about getting back to the glory days, and more about surviving.

“Our findings show that despite a steady economic recovery, many Americans continue to feel vulnerable,” Erin Currir, director of Pew’s financial security and mobility project, said.

A blanket of uncertainty has been thrown over the majority of the country. Where once Americans aspired to progress, the norm has eased back. Now, instead of moving up, people simply want to comfortably stay put.

“Many worry about their finances, and record numbers – more than 9 in 10 – say it is more important to them to achieve financial stability than it is to move up the income ladder,” she added.

Pew’s findings are particularly troubling for the housing industry, where markets are already feeling the sting of low confidence. Inventory numbers are down, but builders, who are focusing on more high-end projects, are leaving the replenishing of middle class markets to home sellers. However, with fewer families feeling secure in their own financials, it’s unreasonable to assume many are going to take a risky leap into the historically tumultuous market – especially when so many are unaware of the progress the industry has made since the downturn.

The silver lining we can glean from Pew’s survey is that financial situations are incrementally improving. Unfortunately, it may take a few years for consumer confidence to realign with the market.