Home prices in Atlanta are growing, albeit at a slow rate. 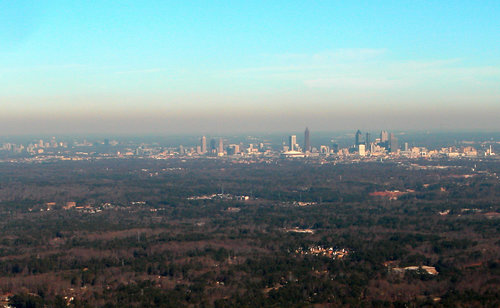 From December to January, Atlanta prices were down 0.2 percent, and from Jan. 2014, they were up 4.9 percent. Admittedly, it’s difficult to extrapolate any over-arching trends from those numbers, though we could certainly gauge January’s moderate increases as a sign of tranquility – that while other markets near overheating, Atlanta’s market is progressing calmly and respectfully.

Based on the Case-Shiller’s national findings, it appears that overall home prices are beyond their glory days in 2013, and have now settled into a consistent pattern of growth:

David M. Blitzer, the managing director and chairman of the Index Committee for S&P Dow Jones Indices, said that a number of market forces have been behind the home price gains

“The combination of low interest rates and strong consumer confidence based on solid job growth, cheap oil and low inflation continue to support further increases in home prices” Blitzer said, adding that even with home prices up, housing is not yet out of the woods.

“Despite price gains,” he continued, “the housing market faces some difficulties. Home prices are rising roughly twice as fast as wages, putting pressure on potential homebuyers and heightening the risk that any uptick in interest rates could be a major setback. Moreover, the new home sector is weak; residential construction is still below its pre-crisis peak. Any time before 2008 that housing starts were as low as the current rate of one million, the economy was in a recession.”