The 10 Biggest Challenges Facing Homebuilding in 2015

Significant challenges remain on the homebuilding front, according to new NAHB research 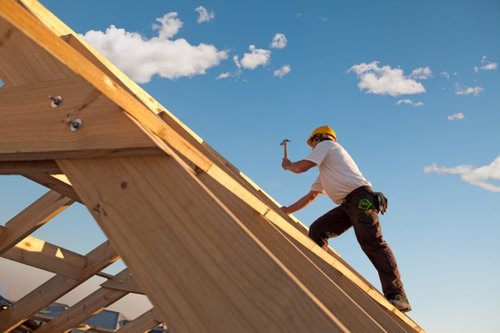 “Booming” is a word that has been associated with Atlanta’s housing market the last couple years, and no other adjective is more appropriate for the market’s new construction sector, where spending on residential projects is up 134.3 percent.

Despite such encouraging numbers – and despite consistently strong readings on builder confidence – there remain notable challenges ahead for the nation’s homebuilders, and the National Association of Home Builders (NAHB) recently sampled its members on what they see as the biggest obstacles in 2015.

Below is a graph out the 10 most prevalent problems, ranked by the percentage of builders who cited in the survey: Coming out on top was “Cost/Availability of Labor,” an issue that has grown in prominence the last couple years. In 2013, 53 percent of builders rated it as a significant problem, but that share rose to 61 percent in 2014 and 68 percent in 2015. As we’ve reported, construction shed an incredible 2.2 million workers during the downturn, and many of those workers either retired or shifted to other industries, creating a work shortage across the nation that has yet to be filled.

Also of interest are the survey’s findings on economic concerns and appraisals:

•First, regarding the economy, we’ve long wondered why the NAHB’s measurements of builder confidence seemed so much higher than the actual rate of construction – why, in other words, builder confidence continued to increase while homebuilding numbers remained flat – but with the survey finding that 54 percent of homebuilders have economic concerns, it’s clear that builders, like the wider public, remain cautious as housing recovers.

•And second, on appraisals, we are likely seeing disagreements fester between builders and appraisers on the value of new homes, which have dramatically risen in price. Indeed, median home price is up nearly 30 percent in the last 10 years, and it’s fair to say that builders are experiencing the same frustrations that their colleagues in the existing-home market grappled with in 2012 and 2013, when rapid fluctuations in price created considerable appraisal disagreements.