Half of Atlanta Renters Cost Burdened 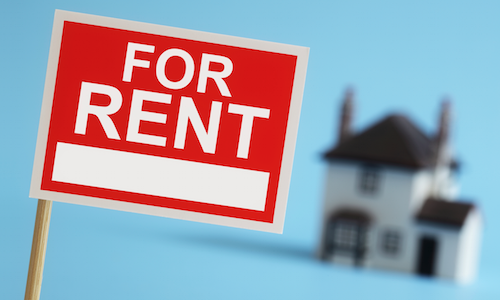 For nearly a decade, the nation’s homeownership rate has been in decline. Since 2004, when homeownership peaked at 69 percent, the rate has fallen nearly 6 percentage points down to 63.7 percent in the first quarter of 2015, according to a recent report released by Harvard University’s Joint Center for Housing Studies. Among the effects has been a boost to rentals as well as a rise in the cost of renting.

In the 10-year stretch between 2004 and 2014, the average number of new rental households has increased annually by approximately 770,000. According to the center’s report, that’s the most significant decade of rental growth since the late ’80s. But while increases to rental rates have been robust, wage growth has not followed suit.

According to the PEW Research Center, today’s average hourly wage, after adjusting for inflation, has “just about the same” purchasing power as it did in 1979.

Today’s rental market is a paradox. People rent to save money to buy, but because of rising rental rates, renters are less likely to buy – or at least that was the conclusion drawn in a recent report from Apartment List, a San Francisco-based online apartment portal.

How Our City Ranked

Using U.S. Census data from 50 major metros, the apartment portal analyzed and ranked cities based on their renters’ share of “cost burden,” which the government defines as people who spend more than 30 percent of their household income on rent.

In Atlanta, the cost-burdened share was nearly 2 percentage points above the national share at 53.7 percent. But the most daunting reveal about the city’s share is that the last time it was below 50 percent was in 2007 (49.6 percent).

Bring in the Renters

In a statement accompanying the release of its findings, Apartment List explained that renters who are dedicating a disproportionate amount of their annual income to rents have difficulty saving for an adequate down payment, and therefore are less likely to buy a home in the near future.

This bodes especially poorly for the future homeownership rate, as a second study from Harvard’s Joint Center for Housing concluded that over the next 10 years, the U.S. rental population will climb by upwards of four million people. By 2025, even if home prices and income appreciate as quickly as inflation, the center estimates that over 13 million people will still be paying 50 percent or more of their annual income on rent – an 11 percent increase.