The Short List: Karen Rodriguez Shares the 5 Reasons Why There’s No Housing Bubble in Sight for Atlanta 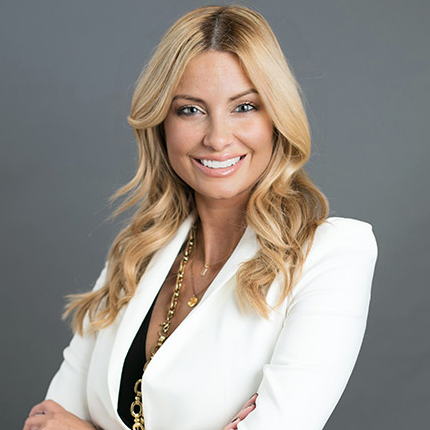 Karen Rodriguez is the broker/owner of GROUP KORA in Atlanta.

Every week, we ask a real estate professional for their Short List, a collection of tips and recommendations on an essential topic in real estate. This week, we talked with Karen Rodriguez, the broker/owner of GROUP KORA and 2014 Atlanta Who’s Who participant, for the five reasons why there is no housing bubble in sight for Atlanta’s housing market.

Atlanta took longer than most large cities to recover from the recession nearly a decade ago, but in 2015, the housing market is rebounding, thanks to affordable pricing and lightning fast sales. Atlanta has now emerged as a hot market, and fears of a housing bubble of 2006 proportions have started to rise.

However, real estate agents and buyers need not worry – a housing bubble is not likely to occur.

5. There is a Lack of Inventory – Agents are seeing properties selling quickly, and offers above asking price have become commonplace, due to the lack of inventory. That trend shows no signs of slowing, with supply in Atlanta low enough that buyers will continue to compete against other bidders to secure a house.

4. Buyers are Struggling to Secure Mortgages – Strict underwriting standards were implemented after the housing crisis since the first housing bubble inflated due to demand enhanced by loose lending. Current stringent lending practices will prevent this surge of buyers from causing another market swell.

3. Home Prices aren’t Swelling to Pre-Bubble Levels – Home prices are slowly rising, but are still well below the peak before the bubble burst. This slight increase is occurring because current homeowners remain fearful, but as the current market continues improving, more “For Sale” signs will pop up as homeowners trade up or downsize without worry.

2. It looks like Interest Rates will Rise – According to a Reuters poll of economists, the economy is stable enough for the Federal Reserve to raise interest rates at least once this year, and this will stabilize the housing market.

1. Buyers aren’t Flipping Houses Anymore – The trend of “flipping” houses (buying a dilapidated home or condo, revamping it and selling for a higher price) isn’t something agents are seeing any longer. In fact, the number of foreclosed homes – the preferred property for flippers – has dropped to the lowest rate since pre-recession times, according to CoreLogic’s recent Foreclosure Report.

Karen Rodriguez, the broker/owner of GROUP KORA and 2014 Atlanta Who’s Who participant.. Over the last 10 years, Rodriguez has been responsible for sales and marketing for 10 luxury projects worth over a half a billion dollars in sales, including the Ritz-Carlton Residences project, where Rodriguez and her team closed more than $100 million in sales. Known as the “Condo Queen,” a title given to her by other Atlanta Realtors and the local media, Karen serves as a regular real estate contributor/blogger for the Atlanta Business Chronicle and has been featured or quoted in Forbes, the New York Times, the Wall Street Journal and Yahoo! Real Estate.

The Short List: Shanell Lightfoot on Distinguishing Yourself From the Competition

The Short List: Carol Douis on Selling New Construction with Confidence in 2016

The Short List: Marina Krakovsky on How Agents Can Operate Better in the Modern Economy