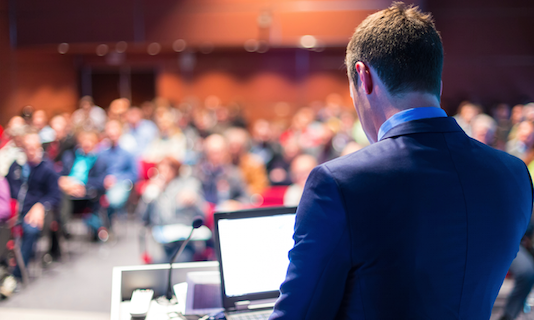 Existing-home sales fell more than 10 percent in November, marking the slowest sales pace in 19 months and possibly serving as quantifiable proof of the effect TRID is having on the industry, according to National Association of Realtors Chief Economist Lawrence Yun.

The issue isn’t fewer sales; the decrease is more likely a result of longer closing times, Yun said. Citing NAR’s recent Realtor Confidence Index, Yun explained that 47 percent of real estate professionals reported November closing times as being longer than they were a year ago. In October, the number reporting the same delays was only 37 percent. Yun believes it’s no coincidence the increase coincides with the implementation of the Know Before You Owe Rule, which took effect Oct. 3.

News of the delayed closing times and having Yun link the decrease to TRID has only given more ammunition to the large, vocal portion of the mortgage industry that continued to voice complaints about the effects of TRID.

Following the Oct. 3 implementation of the new disclosure rules, Richard Cordray, director of the Consumer Financial Protection Bureau, compared the fears surrounding TRID to those inspired by Y2K. But after receiving a letter from the Mortgage Bankers Association, the CFPB responded in a letter of its own (addressed to MBA President and CEO David Stevens) this time with a much more reassuring message.

The letter reads: We recognize that the mortgage industry needs to make significant systems and operation changes to adjust to the new requirements and that implementation requires extensive coordination with third parties…As with any change of this scale, despite the best efforts, there inevitably will be inadvertent errors in the early days. That is why the Bureau and the other regulators have made clear that our initial examination for compliance with the new rule will be sensitive to the progress industry has made.

Cordray explained that examiners will be focusing on whether a company has made apparent “good-faith efforts” to comply, adding that for the “first few months” inspections of rule implementation will be “corrective and diagnostic, rather than punitive.”

The director’s letter ultimately addressed a handful of concerns in the industry, including lenders’ concerns with investors. Cordray wrote:

…the bureau believes that if investors were to reject loans on the basis of formatting and other minor errors, as you indicate has been occurring, they would be rejecting loans for reasons unrelated to potential liability associated with the Know Before You Owe mortgage disclosures. Such decisions may be an overreaction to the initial implementation of the new rule, and our assessment is that these concerns will dissipate as the industry gains experience with closing, loan purchases and examinations.

While it seems the CFPB is actively working to address and quell complaints about the effects of TRID, the evidence supporting any lasting negative effects is still largely circumstantial, including the dip in existing-home sales.

“It’s possible the longer time frames pushed a latter portion of would-be November transactions into December,” Yun said. “As long as closing time frames don’t rise even further, it’s likely more sales will register to this month’s total, and November’s large dip will be more of an outlier.”

Adding to his own speculation that December should see a return to form for sales, Yun noted the plunge in sales may also be attributed “sparse inventory and affordability issues”; though, he added that because of steady signed contracts numbers, it’s unlikely much of the drop can be attributed to a “sudden, withering demand.”