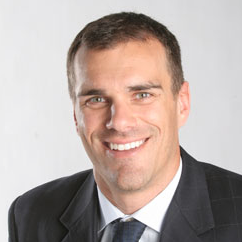 This week, we talked with Than Merrill, the founder and CEO of FortuneBuilders and CT Homes. A star of A&E’s “Flip This House” and former NFL player, Than has bought and sold hundreds of properties nationwide during his investing career.

Atlanta Agent (AA): Millennials are the biggest generation in history and many expected their coming of age to mean a big boost for the housing market, but few have yet to enter homeownership. What is holding Millennials back, and when do you think they’ll finally start buying homes?

Than Merrill (TM): Keep in mind that while the percentage of millennials buying homes is not where we expected it to be, it has gone up. For the second consecutive year, a study conducted by the National Association of Realtors (NAR) identified Millennials as the largest pool of buyers in America. Earlier this year, those under the age of 34 made up nearly one-third of the entire buyer population. However, nearly a decade removed from the onset of the recession, experts – including myself – expected the ratio of Millennial buyers to be higher than it is today.

There are certainly factors in play preventing more millennial buyers from actively participating in the market. To that end, it is not one thing, but rather the culmination of several variables that have held millennials back from buying.

For starters, it is considerably harder to receive mortgage approval today than it was just a short time ago. Strict mortgage underwritings have since been put in place to prevent a repeat of the latest recession. Millennials are finding it difficult to comply with these new rules and are, therefore, left scratching their heads.

In addition to the new rules, there is one more significant obstacle that stands between them and homeownership: the down payment. Millennials came out of the recession at a disadvantage, as they had amassed more debt and less income than previous generations. It is fair to assume that the idea of a down payment is a foregone conclusion to most.

If that wasn’t enough, the new rules themselves could be responsible for Millennials not landing the home they want. Even if all the criteria are met, the length of the process is a pitfall in and of itself. Any late alterations will require a new closing disclosure form, along with a three-day waiting period. In the meantime, Millennials may miss out on the property.

While Millennial homebuyers appear to be on the verge of making the jump, I suspect that they are not quite ready. There are still a few thresholds that stand between them and the market. As long as new renter households continue to exceed the share of new homebuyers, as they have for the last seven years, we should expect to see the homeownership rate decline. For the time being, millennials are content renting.

I remain encouraged, however, by the steady progression of the housing market. I don’t think it is out of the question to suggest that the Millennial resurgence could happen as early as 2017. At that time, Millennials should collectively deem themselves ready to buy.

AA: Crowdfunding sites like Patch of Land are changing the way people invest in real estate. What bigger impacts do you think crowdfunding will have on real estate investment?

TM: The recent introduction of crowdfunding into the real estate industry has already had an impact on the way things transpire. The amount of money allocated towards deals, the size of the deals themselves and the speed in which they occur has dramatically increased, suggesting that crowdfunding has altered the funding landscape. Most people would argue that it has already had a beneficial impact on those who know how to use it.

However, I believe the impact of crowdfunding will extend beyond that of a transactional lending platform. In an attempt to raise money, these portals can simultaneously raise awareness. In fact, the whole idea behind crowdfunding relies on increasing exposure to a particular campaign. The more people that are made aware, the more money it will raise (at least in theory). It is entirely possible that crowdfunding could bridge the gap between institutional investors and ordinary real estate entrepreneurs.

The public nature of popular crowdfunding campaigns has “democratized” investing. Complex lending practices that once stood in the way of the average investor are now more transparent than ever. For all intents and purposes, crowdfunding should make the world of real estate investing more accessible to the public.

AA: What are some of the country’s premiere secondary cities, and what is their appeal?

TM: Houston quickly became one of the hottest secondary markets in 2015. The city owes its success to a strong, nearby primary market: Austin. The overflow from Austin has certainly helped, as Houston’s fundamentals resemble that of its neighbor to the northwest. This migration has increased demand, and – therefore – prices. Home prices are still below the national average, but appreciating at a rate nearly twice as fast as the rest of the country.

On the other hand, Houston’s job sector is booming. In particular, the energy sector has played a large part in bringing new homebuyers to the city. Demand will continue to rise simultaneously with prices, but – again – homes are still affordable.

The Boulder housing market, not unlike the rest of Colorado, is on a bit of a hot streak as well. It has come a long way in a relatively short period of time. The strength of the market, however, may be due less to its own indicators and more to its close proximity to Denver and Fort Collins. Not to take anything away from Boulder, but Denver is one of the hottest markets in the country. Prices in the Mile high City are rising exponentially and people that have found Denver to be too expensive transplant to Boulder. This migration is great news for Boulder, and should only help the city progress.

Do you want to be featured in our Viewpoints? Fill out our contact form, and you’ll be featured too!