Americans say the best candidate for housing is… 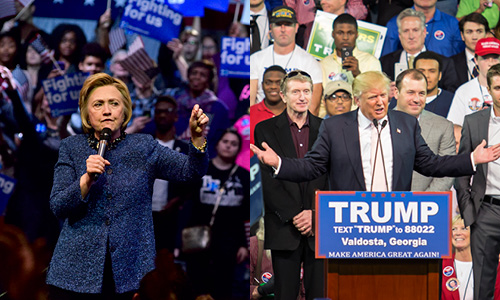 In less than a year, either Donald Trump or Hillary Clinton will be president. One of them will set the policies that will impact housing over the next four years. In a recent survey from Trulia, the listing site found the majority of American people believe Trump would better serve our nation’s real estate market. But they may be under informed.

When Trulia researchers posed the question of which candidate will help home prices rise, 39 percent of respondents answered “Trump.” It was expected that GOP voters would side with their party’s nominee – 47 percent said prices would rise during his administration. But the support the real estate tycoon received from the 18-34 demographic (49 percent) was surprising, considering their previous support for Bernie Sanders in a survey conducted by Redfin.

Trump also overcame his poor polling with women to secure their confidence, with 40 percent believing his election will bring stronger home price appreciation, compared to only 25 percent for Clinton. He drew the support of men as well – 37 percent favored him over Clinton, who received nods of confidence from 33 percent.

Clinton found support from Democrats (38 percent vs. 33 percent), Independents (28 percent vs. 4 percent) and those who identify politically as “other” (23 percent vs. 5 percent).

However, while the results of Trulia’s survey offer a somewhat convoluted picture of how voters feel on the respective housing policies of both Trump and Clinton, the reality, Trulia Chief Economist Ralph McLaughlin said, is that most Americans don’t have enough information to accurately say which candidate would be better for housing, because neither has paid the subject much lip service.

“Eight years ago, housing and the economy were the main talking points of Obama and Romney because millions of homeowners were going through foreclosure and the economy was in shambles,” McLoughlin said. “Today, the housing market and the U.S. economy look much healthier, and as such, candidates have turned their attention to more popular issues such as immigration, gun control, and national security.”

McLaughlin did point out that $25 billion of Clinton’s proposed $125 billion Economic Revitalization Initiative is slated to address the housing needs of the traditionally underserved, but the media coverage of that particular section of the initiative has been limited. Still, her concrete policy plans, though few, may explain why Zillow’s past survey of 100 housing experts relayed a more positive view of Clinton on housing.

We expect the candidates’ policies to take on greater, more discernible shape as the election draws closer, and our coverage will follow suit.