Four things to know about ultra-high net worth clients 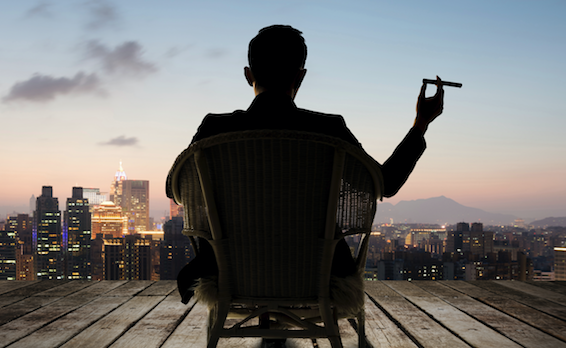 Jerry Seinfeld lives in a $32 million mansion. Michael Jordan is currently selling his $16 million estate, complete with nine bedrooms, 17 bathrooms and a full-sized basketball court – which, according to Zillow, includes locker rooms, showers and a lounge with a glass observation area. Ben Stiller recently purchased a $15.3 million Manhattan home that came with a refrigerator built to hold 78 bottles of wine.

Celebrities and the ultra rich, to put it simply, buy differently than most other people (and that includes most other luxury buyers). And if you’re an agent hoping to break into that small, exceedingly exclusive but uber lucrative niche, there’s a few things you need to understand about your would-be clients. When we sat down with Tony Giordano, ultra-luxury agent and president of The Opulent Agency, he shared with us what some of those things are:

1. They are private – That’s the “big difference” between the two tiers of the luxury market, he said: The lower tier of luxury (if there can even be such a thing, he added) is more likely to flaunt their wealth, while those in the upper tier are just as happy to sit on it quietly. “The same people who usually brag about their home…are also the ones whose first car is a Ferrari, and the first watch they buy is a Rolex, because everyone knows those brands and that’s that,” he said. “But my super high-end clients will be wearing a watch that is 80 times the price of a Rolex, but most people have never even heard of the brand…So I would say that the difference is the lower-end luxury is often very outspoken about it. Whereas the super wealthy are more private people, and only their closest sphere get to see the indulgent side of them.”

2. The buy because they want to – For a client spending $32 million on a home, chances are the price is less a concern than how they feel about the home, because, frankly, they have the money to throw around. This is one of the things Giordano has noticed in his time working with ultra-high net worth clients. “They’re buying the house because they want it,” he said, “not because they’re getting a deal or it went up $200,000 in value in a year.” Giordano went on to explain that at the extreme upper ends of the market, there aren’t always going to be comps available, which make accurately pricing the home difficult. But his high-end luxury clients don’t seem to mind the missing data. “Most of the time, they just want it!”

3. They work with people within their sphere – As stated above, at least in Giordano’s experience, the ultra-high net worth crowd values their privacy, and stemming from that, the people they choose to work with tend to be those within their spheres – which can admittedly be hard to get into. “Getting into that sphere is becoming that sphere,” Giordano said, adding that even if you don’t make the kind of money they do, you need to find ways into their crowd. An example Giordano gave was charity. He said that they give back a lot, and if you’re not a person who does as well, even at the lower level, “you’re never going to have the opportunity to rub elbows with these people.”

4. They appreciate “sophistication” – Understanding the super rich and how they live and buy real estate is imperative to working them into your client base, but ultimately, Giordano said, it takes adopting the “air of sophistication ultra-high net worth clients are accustomed to” to make it happen. “You have to learn to talk their talk – the language they use, the news they watch.”