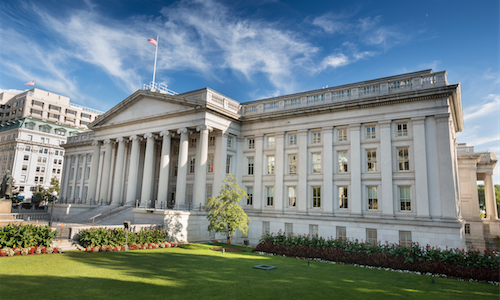 In January, the Financial Crimes Enforcement Network, a division of the Treasury Department, announced two Geographic Targeting Orders, or GTOs, to monitor all cash luxury transactions in both Manhattan and Miami. The purpose was to help authorities identify possible money laundering operations. It appears to have worked – and now it is issuing more.

“The information we have obtained from our initial GTOs suggests that we are on the right track,” said FinCEN Acting Director Jamal El-Hindi.

In its new round of GTOs, FinCEN is expanding the scope of its investigation to include all title transactions (including those done via personal and business check), renew orders in Miami-Dade County and Manhattan, and issue brand-new orders for: the remaining Burroughs of New York; both Broward and Palm Beach counties (the two counties north of Miami); Los Angeles County; the three-county metropolitan area of San Francisco (San Francisco, San Mateo, and Santa Clara counties); San Diego County; and Bexar County in Texas, which includes San Antonio. The new orders will take effect Aug. 28 of this year, and remain active for 180 days until Feb. 23, 2017.

The decision to widen the investigation was in direct response to the data provided by the January GTOs. During a press call, a FinCEN official elaborated on the network’s findings.

“Over a quarter of transactions (covered by the January GTOs) involve a beneficial owner or purchaser representative that is also the subject of a suspicious activity report,” the official said.

Not the ultimate solution

“The January GTOs help link this previously unconnected suspicious activity to the true purchasers of luxury property in Manhattan and Miami,” the official added. “This corroborates FinCENs concern that transactions covered by the GTOs (i.e. all-cash luxury purchases of residential properties by a legal entity) are highly vulnerable to abuse by money laundering.”

FinCEN’s conclusions from the first round of GTOs run counter to what Douglas Elliman Florida CEO Jay Parker said in May regarding the order in Miami, which was: “It’s a joke.”

But while the GTOs are providing FinCEN with valuable data, they are not the network’s long-term solution to money laundering in U.S. luxury real estate.

“These are simple data gathering tools,” the official said.

The ultimate end is to leverage the information the GTOs provide to help determine FinCEN’s “future regulatory course.”