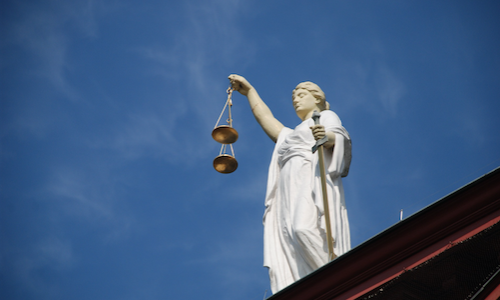 A federal appeals court in Washington, D.C. ruled today the Consumer Financial Protection Bureau is “unconstitutionally structured” and that the scope of Director Richard Cordray’s position is a “threat to individual liberty.” Henceforth his power has been limited.

The lending industry and its allies are celebrating the PHH Corp v. CFPB ruling as victory.

“The (Court) handed a clear victory to the mortgage industry today by discrediting almost completely the regulatory approach taken by the CFPB,” said Joseph Lynyak III, partner at the international law firm Dorsey & Whitney, which handles, among others, commercial and consumer lending cases.

But the ruling doesn’t do much to disarm the regulatory agency.

In its decision, Judge Brett Kavanaugh wrote that “the Director of the CFPB possesses enormous power over American business, American consumers, and the overall U.S. economy,” because the position “unilaterally enforces 19 federal consumer protection statutes.” Cordray alone decides what rules to issue, how to enforce them, when to enforce them, whom to enforce them against and how to punish violators.

“In short, when measured in terms of unilateral power, the director of the CFPB is the single most powerful official in the entire U.S. government, other than the president,” Kavanaugh wrote. “In essence, the director is the President of Consumer Finance.”

At minimum, PHH wanted the CFPB dismantled. At most, Kavanaugh suggested the mortgage insurer wanted the entire Dodd-Frank Act struck down. The presiding judges decided for a “narrower remedy.”

The Court’s primary issue with the CFPB’s structure is not that its director has too much authority, but rather that the position has so little oversight. As it stood, Cordray could only be dismissed by the president, and only “for cause.” The remedy was to sever the for-cause provision, meaning that the president may now remove the CFPB’s director at will, and will have the power to supervise and direct the director.

The CFPB director still has the power to enforce 19 federal consumer protection statutes, decide what rules to issue and how to enforce them, etc., but will henceforth more directly answer to the president. It effectively turns the CFPB into an executive agency, like the Department of Justice.

The second part of the Court’s ruling addressed the CFPB’s claim that PHH was involved in an illegal kickback scheme that violated Section 8 of RESPA. The bureau claimed PHH would direct customers to mortgage insurers that would then purchase reinsurance from a PHH subsidiary.

The Court ruled in favor of PHH, saying that so long as the reinsurance from the subsidiary did not exceed the reasonable market value of reinsurance that RESPA was not violated. The Court will allow the CFPB time to try and prove the cost of the reinsurance purchased was above market standards, but it is unsure whether the agency will pursue the case.

The only statement the CFPB is currently issuing is one of optimistic dissonance.

“The Bureau respectfully disagrees with the Court’s decision,” a spokesman said. “The Bureau believes that Congress’s decision to make the director removable only for cause is consistent with Supreme Court precedent and the Bureau is considering options for seeking further review of the Court’s decision…Today’s decision will not dampen out efforts or affect our focus on the mission of the agency.”

With the ruling in, the reality is that little will change at the CFPB, which is the way the Court wants it. At multiple points in Kavanaugh’s majority opinion, he reassures that the CFPB will “continue to operate and to perform its many duties,” explaining that “the targeted remedy will not affect the ongoing operations” of the bureau.