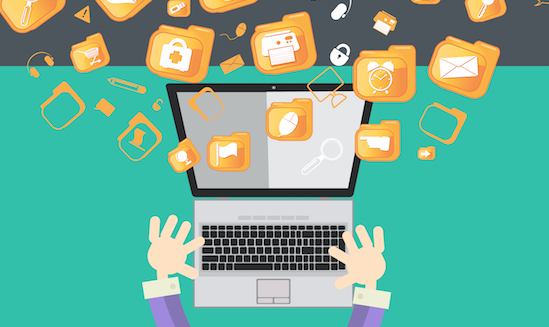 Katie Lance, known for her work as a social media and content development consultant, is one of the most recognizable names in real estate. She’s owner of her own company, Katie Lance Consulting; is a regular contributor to Inman News and The Huffington Post; and during this week’s Xplode real estate tech conference in Chicago, where she was a featured speaker, she told a room full of agents that “[sales] leads from great content are so much better.”

The era of bus stop bench ads and billboards is behind us. The world that Lance now sees is one where people want to be sold on the reality of a thing – not how it looks in perfect lighting.

“We’re in an era where we’re looking for more authenticity,” she said, “where everything’s not perfect.”

But how do agents create authenticity? With compelling content – i.e., text, photos, videos, etc. – and to simplify its creation, Lance suggested five mobile apps that will help agents tell their stories and sell themselves.

This Lance-approved app offers users an easy outlet for overlaying photos with stylized text, which can be used to spruce up online marketing pieces, give more context to a photo, or simply to make photos a little bit more engaging.

Agents can tell stories with pictures as well (if not better) than they can with words, which is why Lance named Layout one of her top five apps for agents trying to create better content. Layout gives users an easy tool to arrange multiple photos into a single, cohesive collage-style image, and then post them to Instagram.

So much of what Lance tried to convey during her Xplode presentation was about the fact that content needs to be engaging. It needs to be unique enough that it makes the readers want to read it. Legend.im is a way for agents to give that intrigue to what might otherwise be something relatively simple and flat. It lets users take a piece of text – a phrase, an announcement, etc. – and turn it into an animated GIF or video that can then be shared on Twitter, Instagram, iMessage or WhatsApp.

At its most basic level, this app is a photo editor. However, as Lance pointed out, it also much more unique than that. Prisma takes a user photos and videos and renders them in the styles of famous artists, like Van Gogh. Agents can use the app to add a dynamic to their content that is both intriguing and oddly familiar.

The final app Lance suggested in her presentation was Repost. It’s nothing flashy – just a simple app to streamline the reposting of Instagram photos and video while giving credit to the original poster. This is particularly valuable for agents who are short on time but still want to stay connected with their past and present clients through the social media channel.