Congress and Trump both take shots at Dodd-Frank 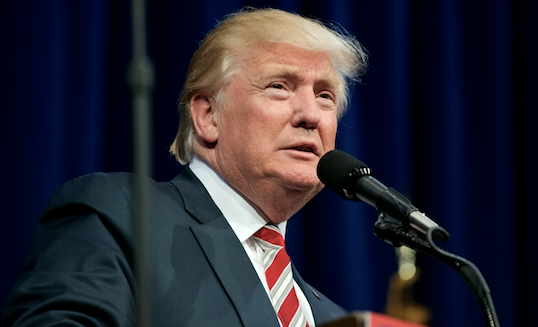 Republican lawmakers and President Donald Trump delivered a one-two punch to Dodd-Frank today, signaling the beginning of a legislative brawl that could see the law entirely dismantled.

It began in Congress, where Senate Republicans won an unusual 52-47 vote (taken before dawn) to void a relatively obscure Dodd-Frank rule pertaining exclusively to oil companies. It requires them to disclose any payments made to foreign governments while developing resources in that government’s respective country. Republicans argue the rule puts American oil companies at a global disadvantage. Democrats say repealing the rule will allow oil companies to hide questionable dealings.

The second blow to Dodd Frank came at the hands of President Trump, who signed two directives: one calls on Congress to rewrite several provisions in the Dodd-Frank Act; the other aims to halt the Obama-era “fiduciary rule,” which requires brokers advising clients on retirement advice to act in their client’s best interest as opposed to seeking the most profitable route.

Neither action will have much immediate impact on lending or housing, but both set the tone for how the administration and Congress are likely to approach Dodd Frank – which is with extreme prejudice, as was expected.

“Regulation has actually been horrible for big business, but it’s been worse for small business,” said President Trump. “Dodd-Frank is a disaster.”

In a recent interview with Fox Business, Gary Cohn, director of Trump’s National Economic Council, said that “all banks have been shackled” and that “we need to get banks back in the lending business.”

However, despite the optimism coming from the right side of the aisle, Democrats are less enthusiastic about the ramifications of repealing regulations.

“President Trump’s action will make it harder for American savers to keep more of what they earn,” Senator Sherrod Brown, the ranking Democrat on the Senate Banking Committee, said in a statement regarding the repeal of the fiduciary rule. “Families who are struggling to save and invest for a secure retirement now have to worry that financial institutions aren’t putting their customers’ interest first.”