Housing affordability is down nationwide as mortgage rates have increased in February, according to The National Association of Realtors’ latest affordability index.

Housing affordability declined 8.7 percent from 175.9 in February 2016 to 160.6 in February 2017. The median nationwide sales price for a single-family home rose 7.6 percent from last year to $229,900. However, the number of mortgage applications continues to rise despite the increase in interest rates and home prices. 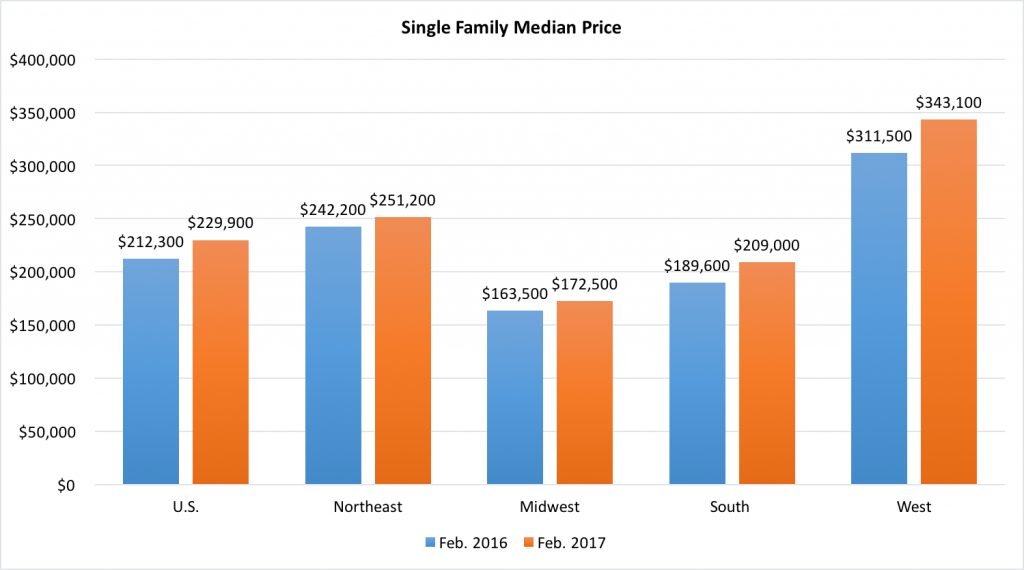 High demand for homes and low inventory have been pushing prices higher. According to a recent report from Redfin, 19 percent of homes sold in March 2017 were under contract for less than two weeks and 21 percent sold for more than their list price. Redfin also reported 2.9 months’ supply, which is down 0.7 percent from last March and down 1.1 percent from February.

The affordability index measures whether a family with a median family income, calculated using information from the U.S. Bureau of the Census, could qualify for a mortgage on median-priced, single-family home, which is calculated using data from the existing home sales monthly survey it conducts.