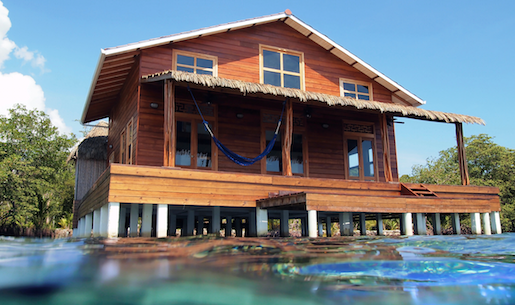 It’s common knowledge that ships and boats can sink, but can you imagine a sunken community? A recent report revealed that $916 billion worth of U.S. homes could end up underwater due to the sea level increasing by just 6 feet.

Due to climate change, sea levels are predicted to increase exponentially by the year 2100. According to data analysis from Zillow, houses that don’t have preventative measures implemented are most vulnerable — 65.4 percent are in suburban areas, 22.6 percent are in urban areas and 12 percent are in rural areas. This means that almost two-thirds of all suburban homes in the U.S. will be damaged or flooded because of rising sea levels.

“We’ve seen the enormous impact flooding can have on a city and its residents,” said Zillow Chief Economist Dr. Svenja Gudell. “It’s harder for us to think about it on a long-term timeline, but the real risks that come with rising sea levels should not be ignored until it’s too late to address them. With organized and committed planning, cities can help protect both current and future residents. Living near the water is incredibly appealing for people around the country, but it also comes with additional considerations for buyers and homeowners. Homes in low-lying areas are also more susceptible to storm flooding and these risks could be realized on a much shorter timeline as we have seen time and time again.”

By 2100, the United States is predicted to have almost 2 million homes underwater. Of those homes, 39 percent of top-tier homes, 29.1 percent of middle-tier homes and 31.9 percent of lower-tier homes. The share of top-tier homes expected to be underwater is smaller because owners of expensive homes are more likely to have more financial and physical resources to help withstand water damage. Meanwhile, owners of bottom-tier homes are significantly less likely to see their homes survive, let alone get a return on any investment spent on their losses.

In an analysis of cities located near water, Zillow found that about 4.3 percent of Boston homes are at risk of flooding from rising sea levels, amounting to 52,694 homes underwater, which would cost the U.S. about $42.7 billion. Of those homes, 40.9 percent are top-tier homes, 28.9 percent are middle-tier and 30.3 percent are lower-tier homes.