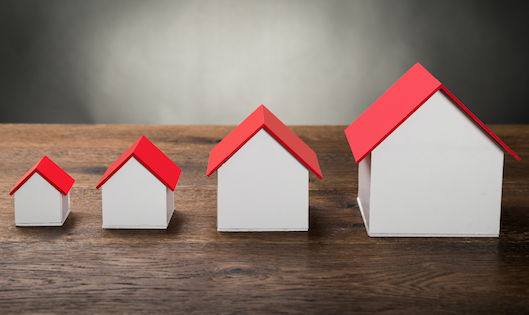 Home developers around the country are having to be more resourceful, as the amount of available land in the United States shrinks while builders require higher wages and the price of materials increase. The result, according to a recent report from Business Insider, is that the average home size around the country is decreasing while prices largely remain the same.

The average home size in the U.S. peaked at 2,520 square feet in 2015 and last year dipped to 2,422 square feet, according to the U.S. Census Bureau. Meanwhile, the average-size lot for homes last year was 8,428 square feet, which is the smallest size in 39 years, Matthew Pointon, a property economist at Capital Economics, said to Business Insider.

With land at a premium and the price of materials and labor increasing, buyers likely won’t see a dip in prices in though the square footage is shrinking.

“Unfortunately, and in contrast to what happened in the past, that may mean the recent dip in home size will not be accompanied by a drop in median real new home prices,” Pointon said to Business Insider.