Tax Day takeaways for your clients 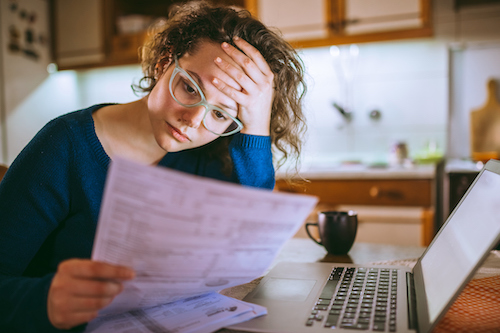 April 15 this year marks the first Tax Day under the 2017 Tax Cuts and Jobs Act, one of the most significant overhauls of the federal tax code in decades. While this is the deadline for most Americans, many will have already submitted their returns and received their refunds by this point. In that case, millions of taxpayers — many of them homeowners — already have an idea of how they fared in the first year under the new tax regime. Here are a few key takeaways for homeowners based on what we know so far:

With so many additions and revisions to the federal tax code this year, it’s almost easier to start with the things that haven’t changed for most homeowners. One of the most significant real estate-related benefits carried over from previous years is a break for home sellers.

Taxpayers who sold their primary residence in 2018 may deduct up to $250,000 of profit generated by the sale, or up to $500,000 for married couples filing jointly. IRS Publication 523 provides the details on how to claim this exemption, including how to calculate and document the gain or loss.

What has changed: the SALT deduction

The impact of the new federal tax law on nearly all sectors of the U.S. economy was huge. The housing market was no exception. Among the most contentious of all changes was the newly instituted $10,000 cap on the state and local tax (SALT) deduction, which for years prior was unlimited. This effectively increased the cost of homeownership for residents of states and cities with a higher-than-average tax burden. According to research by the Tax Foundation, the biggest losers from this change, on a state-by-state basis, include New York, New Jersey, Connecticut, California, Maryland and Oregon. A study from WalletHub found high tax burdens (as a percentage of average income) in New York, Hawaii and Maine.

Another loss to the housing market came in the form of changes to the mortgage interest deduction rule, although opinions differ on the magnitude of the effect.

About 32 million tax returns filed for 2017 took advantage of the previous version of the mortgage interest deduction, according to the Joint Committee on Taxation. This more generous version allowed filers who itemized deductions to write off up to $1 million in interest payments made on mortgage debt for a first and second home. Starting in 2018, that limit was lowered to $750,000, but only for mortgages originated on or after December 15, 2017 (existing mortgage debt was essentially grandfathered in).

Homeowners who refinance a mortgage originated before the December 15, 2017 deadline may still deduct up to $1 million in interest payments, too. But according to analysis of the new law by the National Association of Realtors, this doesn’t apply if the value of the new loan exceeds that of the refinanced loan.

Taxpayers should refer to IRS Publication 936 for more information on the mortgage interest deduction.

In any case, tax experts expect that this year, fewer than half as many returns will utilize the mortgage interest deduction compared to last year. That’s because the new tax law also doubles the standard deduction, available to filers who choose not to itemize.

Some argue the new cap on the SALT deduction is fueling an exodus of homeowners from many of these high-tax states to those with lower tax burdens, like Florida, although several other factors are likely at play. Research from Zillow, as reported by The Wall Street Journal, also shows that home values have been growing slightly slower (around 1 percent as of December 2018) in ZIP codes where SALT deductions were largest before the new cap, compared to ZIP codes where the SALT deduction was least used.

Another study from Moody’s Analytics estimated U.S. home prices will be 4 percent lower through summer 2019 under the new tax law, compared to what they would be without it. Moody’s projected heavier impacts in high-tax states like New Jersey, New York, Illinois and Pennsylvania, which could see prices fall by 10 percent compared to their anticipated pre-TCJA levels.

But in a bit of a silver lining for taxpayers who end up owing more because of these two changes, both of these new caps on SALT and mortgage interest deductions will expire after tax year 2025, unless Congress acts before then to extend or eliminate them.