The property is located at 100 Chattahoochee Circle and encompasses a net-rentable area of 518,460 square feet. 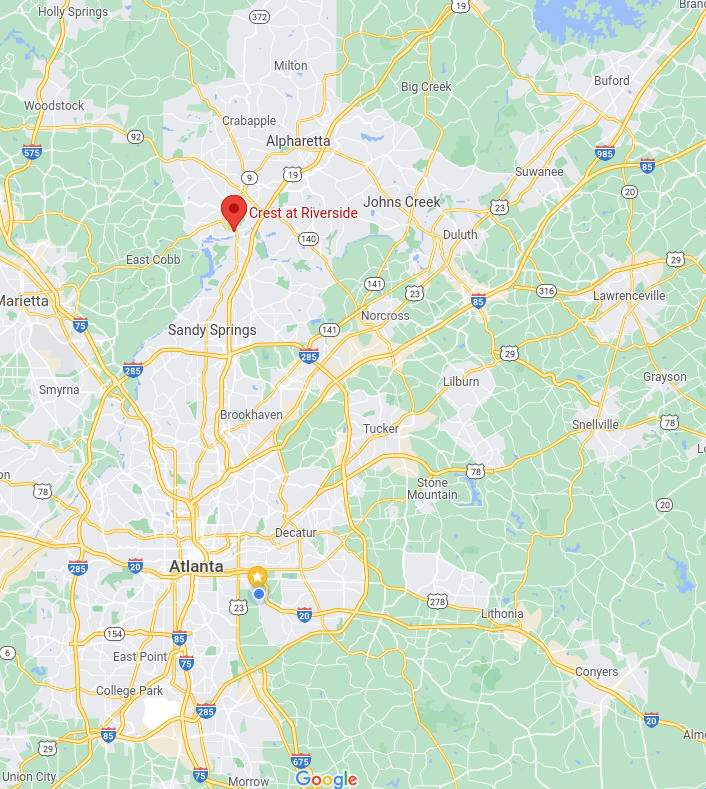 MSC Properties, an Atlanta-based real estate investment company, purchased the property with a $71.3 million interest-only bridge loan from Arbor Realty. Eastern Union arranged the financing for the new owner, according to a press release. The seller was not identified.

“National market interest in the greater Atlanta region is being largely propelled by two forces,” Eastern Union senior managing director Michael Muller said in the release. “First, the area is attracting a significant migration of both businesses and people from northern states. And second, the region has been experiencing strong rental growth, fueled in part by this migration.”

Crest at Riverside is a renovated garden-apartment community overlooking the Chattahoochee River. Its one-, two- and three-bedroom units feature extended patios, gourmet kitchens and wood-burning fireplaces, according to its Facebook page. Community amenities include a pool, grilling area, fitness center, playground and dog park.