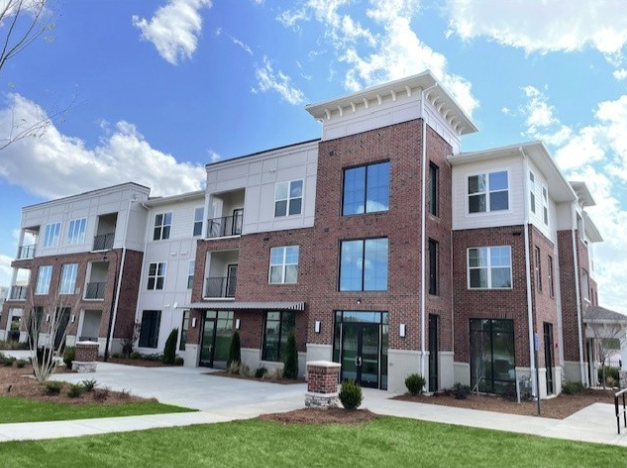 The first of 10 buildings in the community opened to residents April 1. Courtesy of ECI Group.

The first building of the 10-building project opened for move-ins on April 1 and is currently 65% leased. The entire development is now 20% pre-leased, and occupancy of the second building is slated to begin later in April, ECI Group said in a press release.

ECI and its partner, Arizona-based Parse Capital, expect the remaining eight buildings to open sequentially throughout the summer, with construction completion in the third quarter. The Corwyn is a new class-A apartment brand for ECI, which broke ground on the Corwyn at Conyers in January.

“The Corwyn South Point has been met with extraordinary enthusiasm from people seeking a sophisticated, modern design in a walkable, neighborhood setting,” said Jimmy Baugnon, chief investment officer at ECI Group. “Residents of The Corwyn can walk to over 700,000-plus square feet of retail, dining and entertainment options at South Point and are within a few minutes’ drive of I-75 and the job centers of McDonough and suburban Atlanta.”

The Corwyn South Point, located at 1000 Columns Drive, offers one-, two- and three-bedroom apartments with current community amenities that include a fitness center, rideshare lounge and business center. Later this summer, other amenities will come online, including a resort pool, a 2,000-square-foot clubhouse and a grilling and fire-pit area. 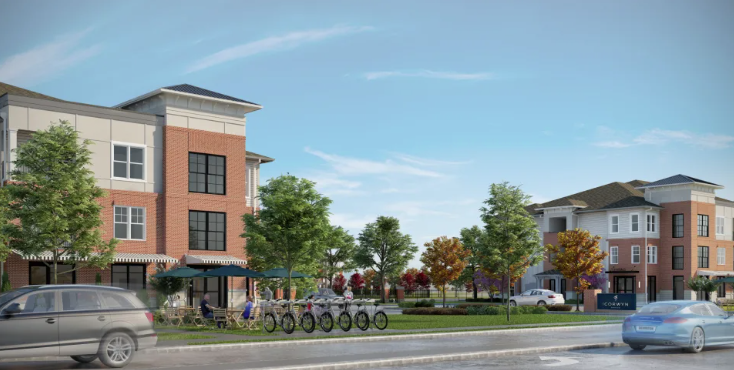