Atlanta was ranked No. 1 among the top 20 U.S. cities for Gen Z by CommercialCafe, thanks to its parks, school enrollment and Gen Z population.

Minneapolis and Boston were ranked No. 2 and 3, respectively, and most of the cities in the ranking were found in the Southeast, Northwest and Midwest.

Atlanta took the top spot by parks with 7.61 per 10,000 residents, followed by Washington, D.C., and Seattle. It ranked second by school enrollment, fourth by Gen Z population, seventh by recreational establishments and internet speed, eighth by unemployment, 12th in green commuting and 13th in affordability. 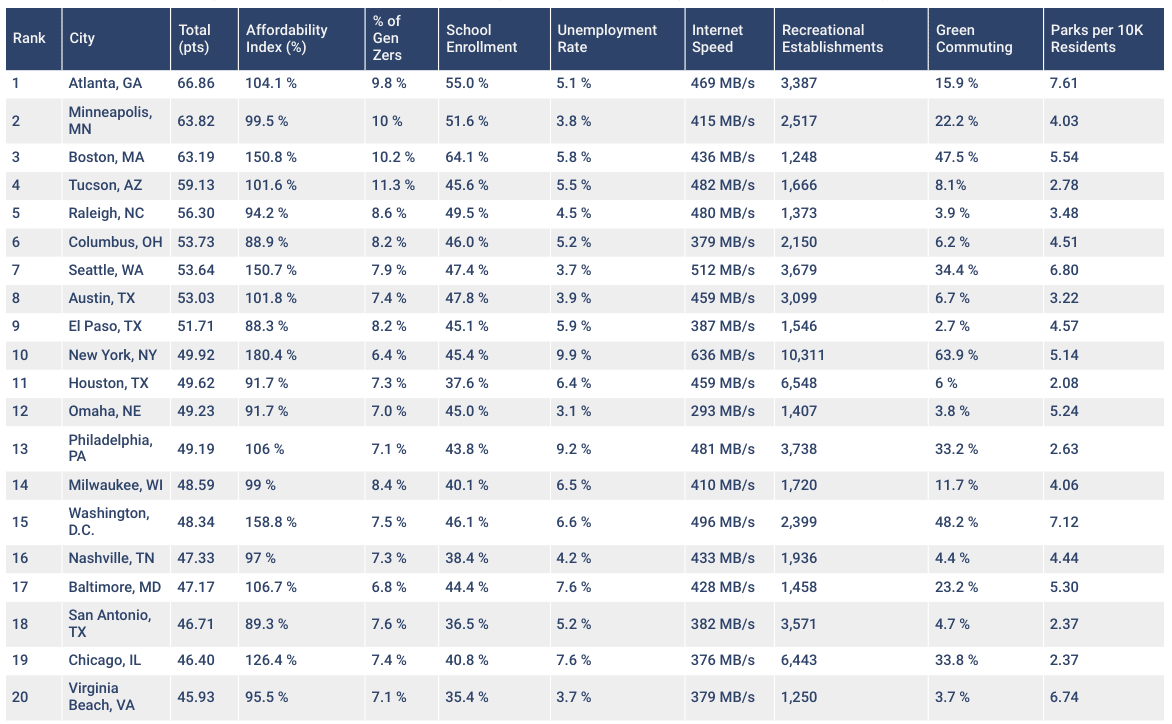