The 1450 West Peachtree project would wrap around the historic Winnwood Apartment building at the corner of West Peachtree and 19th streets. Courtesy of the Midtown Alliance.

A developer has come forward with plans to build a mixed-use tower at Midtown’s northernmost limit, seeking approval to erect a 20-story building with residential, hotel and commercial space on an L-shaped lot fronting West Peachtree and 19th streets. 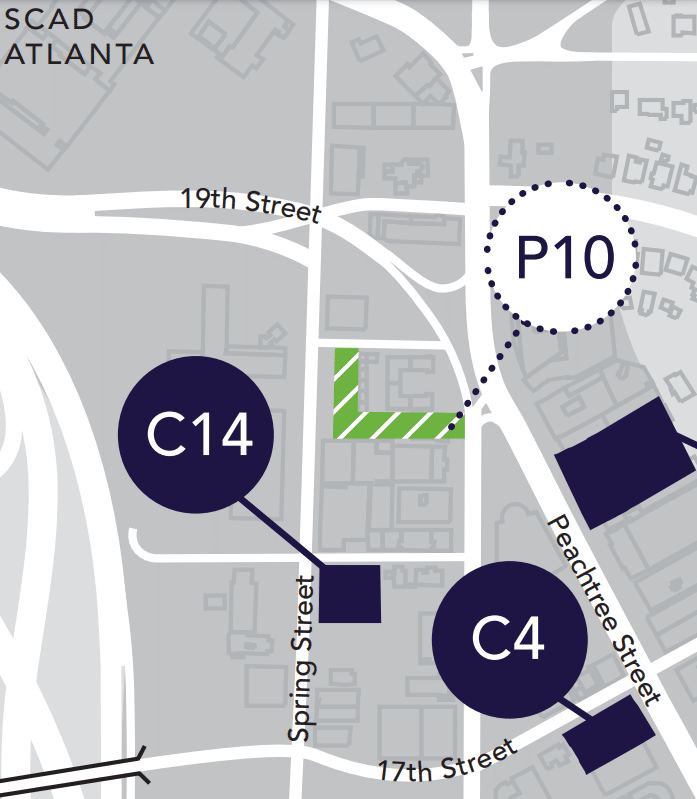 Site of the proposed development (P10). Courtesy of the Midtown Alliance.

The 1450 West Peachtree project, presented to the Midtown Alliance this week by Tenth Street Ventures, would wrap around the historic Winnwood Apartment building in a move that the head of the Atlanta Preservation Center called “lamentable” because the tower would “besiege” the two-story apartment complex, Urbanize Atlanta reported.

The Alliance’s Development Review Committee said that although it appreciated the adaptive reuse of the Master Mind building and the complexity of the narrow site, it had some practical concerns with the proposal. The committee asked the developer to adhere to a minimum 10-foot setback, particularly adjacent to the Winnwood building, and to shift the parking podium away from the Winnwood, among other recommendations.

The developers will return to the committee with updated plans at a later date.