It was another month of contradictions in Atlanta’s housing market. 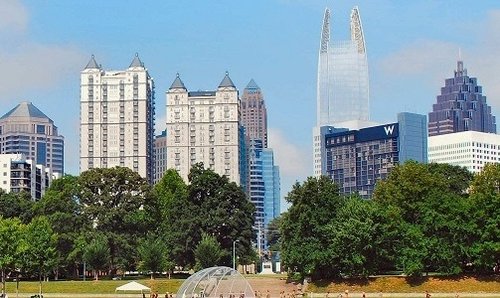 Atlanta’s housing market slowed down a bit from September to October, with home sales, median sales price and average sales price all falling – and that’s not necessarily a bad thing.

Total home sales fell 4.2 percent to 3,609, while median sales price dropped 2.3 percent to $208,000 and average sales price 0.75 percent to $263,000. On the surface, those numbers would seem to be disappointing, but we have to remember that not only is Atlanta’s market is normalizing, but it’s also autumn, and in such time periods, a normal market shows signs of a slowdown.

The trends for Atlanta’s market are quite consistent, though, when it comes to year-over-year stats:

Also, we should be clear that though sales are down across the 11-count Atlanta area, there are certainly segments of the market seeing increased levels of demand.  As Pam Gebhardt, an agent with RE/MAX Around Atlanta, explained to us, rising prices in some markets have shifted demand to other markets.

“Brookhaven, Decatur, Buckhead, and areas with good schools in the suburbs, like Alpharetta, Marietta and John’s Creek, you’re seeing multiple offers on the homes,” she said. “I’ve got plenty to keep me busy, in the coming months.”