The Top-Selling Counties in Metro Atlanta

What counties in the Metro Atlanta housing market saw the most sales activity last month? 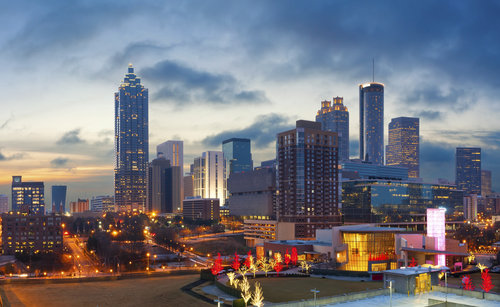 Earlier this week, Atlanta Agent reported that home sales in Metro Atlanta were soft in May, rising just 1 percent from April to May and falling 3.3 percent year-over-year.

Such wide-ranging statistics, though, hardly capture a housing market as multifaceted as Atlanta, so we dug deeper through the Georgia MLS data and examined what specific counties in Metro Atlanta saw the most home sales in May.

First, this graph shows the Atlanta counties with the most total home sales: 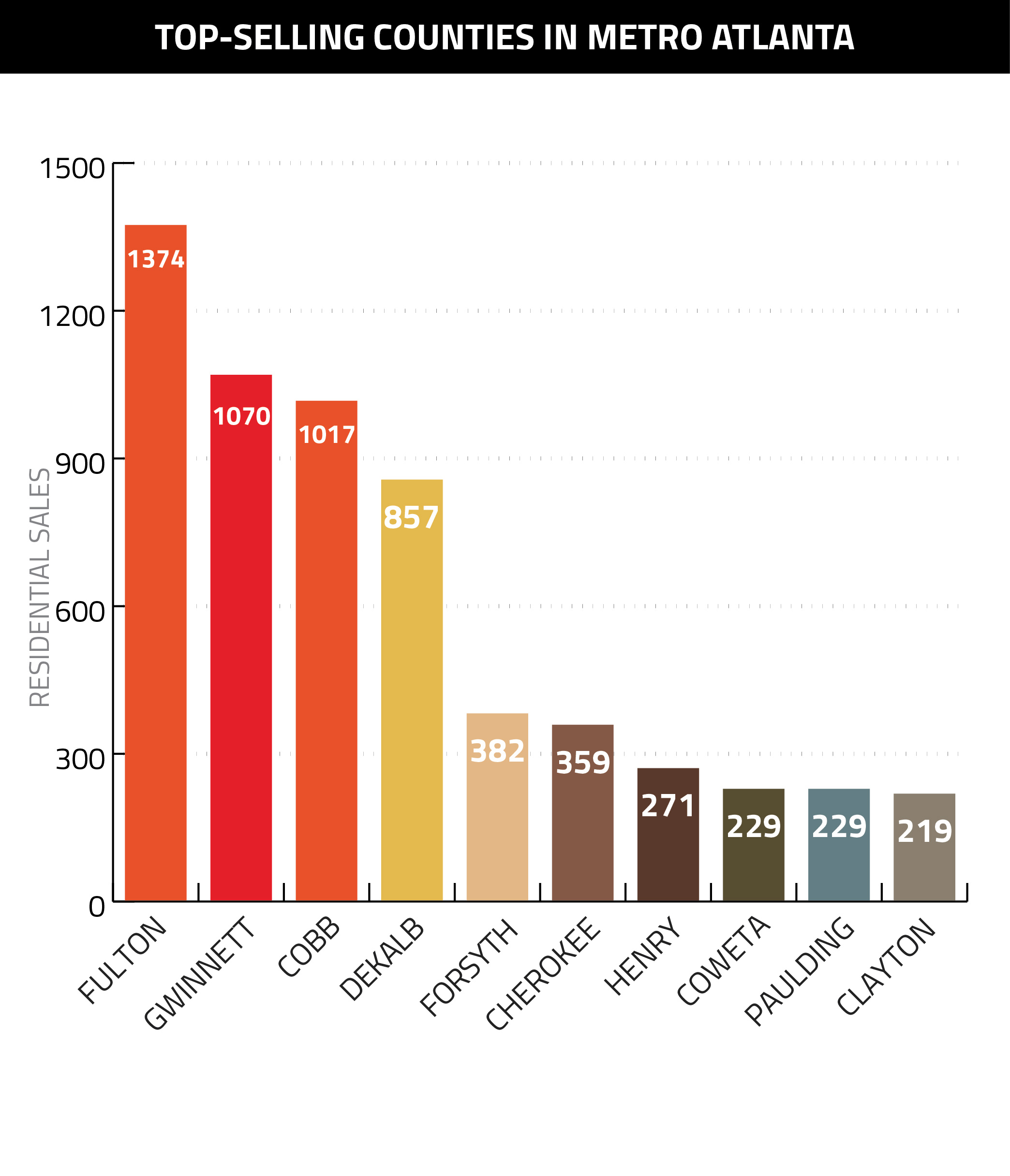 Once again, Fulton County, which includes 90 percent of the city of Atlanta, came in at No. 1 with 1,374 sales, but both Gwinnett and Cobb County broke past the 1,000-home-sale threshold.

Things change a bit, though, when we refocus the lens on single-family home sales: 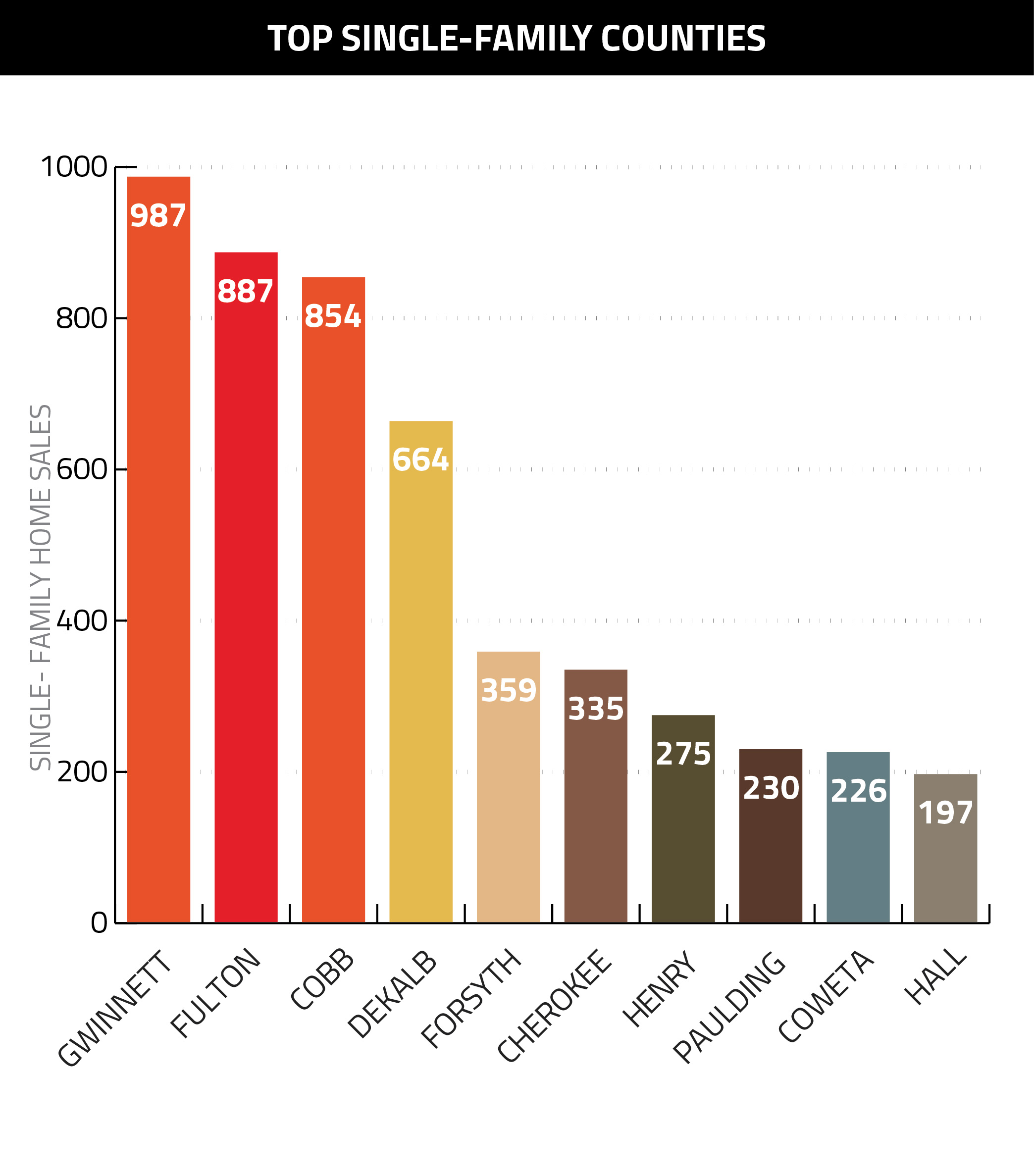 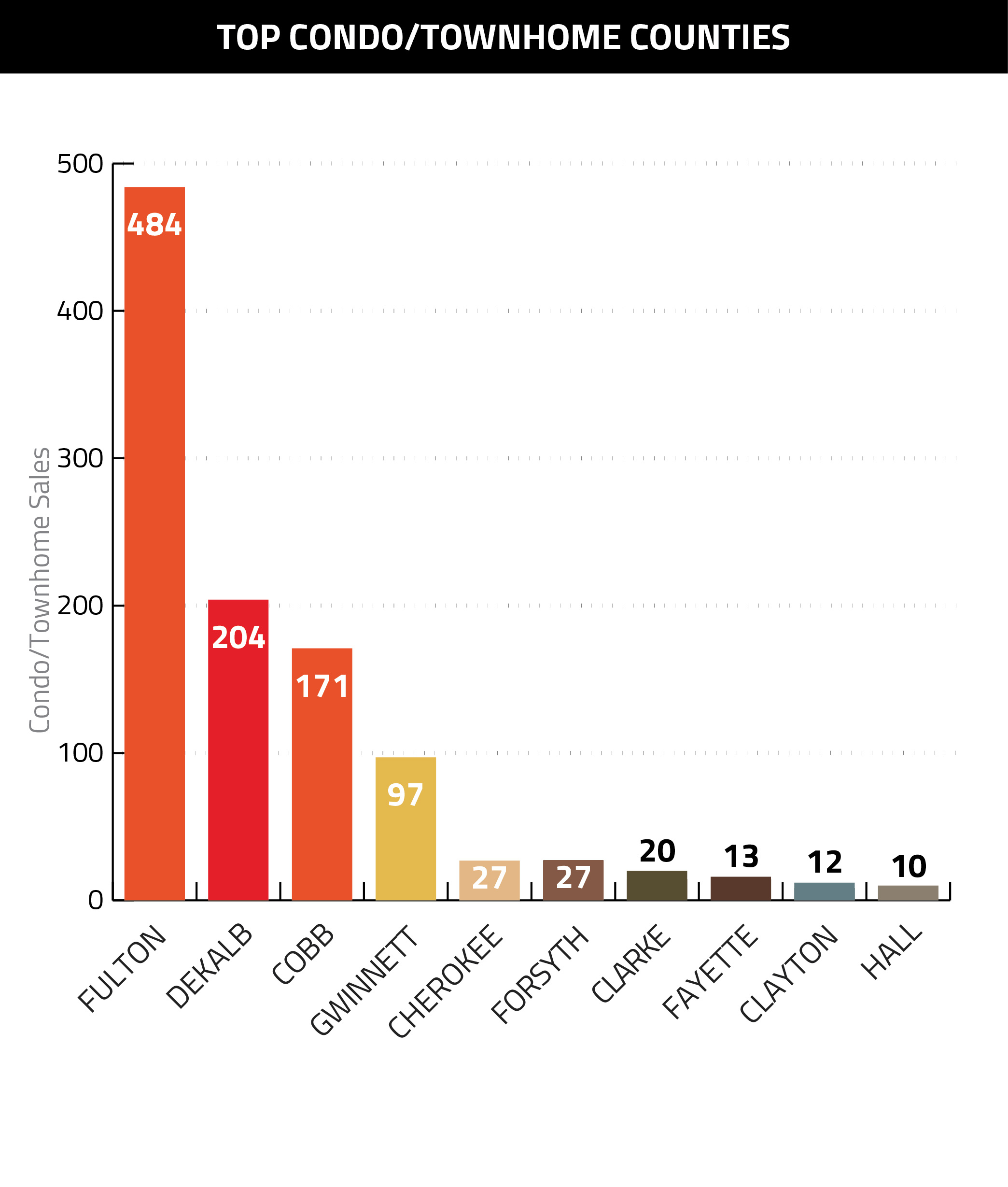 Because Fulton covers almost all of Atlanta proper, it easily sports the most condo sales.

Despite the lowly sales numbers for other counties, year-over-year growth was still very impressive. Along with Fulton’s 22.2 percent jump from May 2014, condo/townhome sales were up in DeKalb (16.6 percent), Cobb (23.02 percent), Cherokee (92.9 percent), Clark (66.7 percent) and Fayette, where sales jumped a remarkable 225 percent.