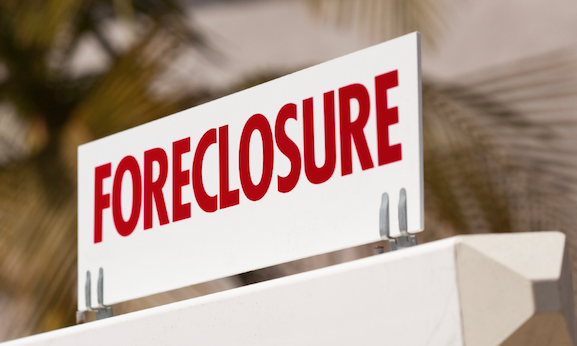 Foreclosure inventory represented 1.2 percent of all mortgaged homes in July, researchers noted. Year-over-year, foreclosures dropped from 650,000 homes to 469,000, which brings the foreclosure rate to its lowest level since Dec. 2007.

CoreLogic also reported that serious delinquencies were down in July, which reinforces the now widespread belief that the market is on track for long-term stabilization. Year-over-year, the nation’s serious delinquency rate dropped 23 percent to 3.4 percent of all home mortgages.

In Georgia, where a strengthening market has helped clear out the foreclosure backlog and keep new filings limited, foreclosure inventory dropped 0.3 percentage points to a 0.7 percent market share – the same as its biggest metro and capitol, Atlanta. The city and state performed nearly parallel apart from a slight discrepancy in serious delinquencies. Georgia’s SDR fell to 3.4 percent in July while Atlanta’s dropped slightly lower to 3.3 percent.

Progress towards clearing foreclosure backlogs and handling current foreclosures has been largely positive, with only a select few metros and states experiencing growth in those corners of the market.

It is no secret why the foreclosure inventory is losing market share: strong job and home-price growth.

Nothaft also cited the creation of 2.4 million jobs, which, he said, helped push the unemployment rate down to 5.3 percent in July from 6.2 percent 12 months earlier. Strong income growth is good for families, he added, but, as of yet, job growth has not translated into wage growth.

CoreLogic’s President Anad Nallathambi is confident the market will continue repairing and fortifying itself as 2015 nears its fall and winter seasons.

“The housing market continues to gather steam buoyed by improving economic conditions and the release of pent up demand for homeownership,” he said. “The recovery in the housing market is also reflected in declining delinquency and foreclosure rates, which to some degree, reflects the progressive clearing of crisis-era loans and the benefits of tighter underwriting standards over the past six years.”