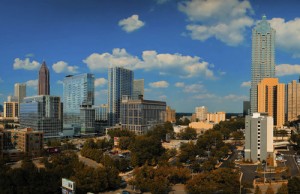 Atlanta will receive $30 million from the U.S. Department of Housing and Urban Development’s (HUD) Choice Neighborhoods Implementation Grant. The grant will allow for the restoration of west Atlanta, Vine City, Ashview Heights and the Atlanta University Center neighborhood.

Mayor Kasim Reed is pushing for new public and private resources to support economic and civic development in the Westside communities. The city has promised $20 million in the reconstruction of parks, green space and renovating Dr. Martin Luther King, Jr. corridor.

“Our historic Westside neighborhoods produced leaders and institutions which helped change the course of America’s history,” Mayor Reed said. “Winning the Choice Neighborhoods grant provides us with the resources needed to bring about unprecedented change. We leaned on each other and worked together to secure this grant, and we will lean on each other as we transform and renew these communities.”

In addition, the Arthur M. Back Foundation has promised $15 million in funds to invest in projects that will promote change in the communities. Invest Atlanta has pledged an additional $15 million in tax allocation district dollars for economic development projects that will influence private sector and philanthropic investment in the English Avenue, Vine City and Castleberry Hill communities.