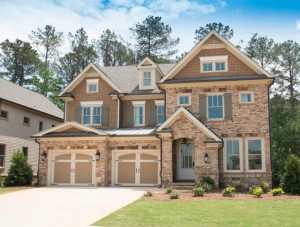 The Providence Group announced its pre sales of five new homes styles in the Traditions community.

Below are the new five styles and some of  their prominent features:

•Ellison I starts at $399,900 and has three bedrooms and two bathrooms. The Ellison I is a ranch style home. The kitchen has an oversized island that overlooks the living room.

•Ellison II starts at $438,900 and includes four bedrooms and three bathrooms. The kitchen includes a walk-in pantry and island with seating, and the main floor has a master suite.

•The Frederick starts at $444,900 and has four bedrooms and three and a half bathrooms. The bedrooms includes separate showers and tubs and dual vanities. The main floor has a guest bedroom with a private bathroom.

•The Dover starts at $490,900 and has five bedrooms and four and a half bathrooms. In addition to the living room, dinning room and kitchen the  home features a third level with a media room.

•The Greer starts at $451,900 and has four bedrooms and three and a half bathrooms. The main floor has a private study and the upper floors have three additional bedrooms.