PulteGroup to Acquire Assets of John Wieland Homes and Neighborhoods 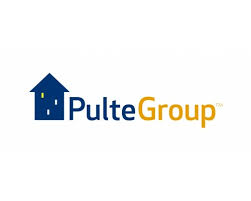 PulteGroup has announced that it has entered into an agreement to acquire certain homebuilding assets of John Wieland Homes and Neighborhoods, from affiliates of Wheelock Street Capital, L.L.C. and the Wieland family. As part of the transaction, PulteGroup expects to acquire approximately 7,400 controlled lots and 280 homes in backlog.

Headquartered in Atlanta, Wieland ranks among the country’s 100 largest homebuilders. John Wieland Homes and Neighborhoods is a leading builder of luxury homes in Atlanta, Charleston, Charlotte, Nashville and Raleigh. From Sept. 2014 to Sept. 2015, Wieland sold approximately 565 homes at an average selling price of $495,000. Consequently, the company generated $280 million in revenue.

“We look forward to joining a national homebuilder where we share the same beliefs with regard to delivering superior product quality and outstanding service to our customers,” said Gregory Huff, the chief executive officer of John Wieland Homes.

“This acquisition of the John Wieland Homes and Neighborhoods brand and its robust land pipeline provides a great opportunity to increase our market share, (our) operating leverage in five important cities, (and) expand… our presence in the luxury segment,” said Richard J. Dugas, Jr., the president and chief executive officer of PulteGroup.