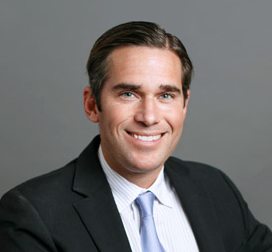 Allan Minter is a senior marketing consultant with Harry Norman, Realtors and Who’s Who 2015 honoree.

Atlanta Agent (AA): You have been very successful in your real estate career – what do you credit for your success?

Allan Minter (AM): I had very realistic expectations getting into the business. I knew the failure rate was high (close to 85 percent after 12 months), and I knew it would take a lot of time and hard work. I was willing to put in the time and hard work, and I had the best broker in the business, Helen Lynch. She’s still my broker to this day, and she’s become like family.

I also had an amazing mentor, Phebe Etheredge, who showed me that you do not have to be fake or corny to thrive in this business, which was something I was worried about – “selling my soul to the devil,” so to speak. To this day, she’s one of the most genuine people I’ve ever known, and she always had amazing success. She was the real deal; it just came naturally to her. It was not until year three when I really started to see some consistency in my business stream, and it really was not until year four where I started seeing six-figure income. Not many people have the patience for that.

The first three years, I hosted an open house pretty much every weekend, sent out postcards to neighbors, coached tennis clinics and teams, and basically hustled and networked as much as humanly possible until I grew my pipeline. Too many new agents have unrealistic expectations getting into the business. They either think it’s a get-rich-quick business or they have the false sense that everyone they know is automatically going to want to buy or sell real estate – and even better, hire them. It’s easy to forget that not everyone wants to work with a newer agent. I had very few friends in Atlanta at the time, and I think that actually helped me work harder. I’m grateful now, because most of my important Atlanta friendships came from business.

AA: How has the Atlanta market changed, since your started working in real estate?

AM: In some ways, it has changed drastically, and in others, not much at all. In the peak years before the 2008 crash, demand was high and people were getting rich, as is the case now. But there was also a surplus of inventory, which ended up being a problem. Now, demand is high and inventory is low, and as Atlanta is so diverse, every market is different. You cannot compare the Intown market to the Acworth market; it’s apples and oranges.

But the overall landscape of Atlanta has changed, and for the better. The beltline has a been a huge boost to local business. The tax breaks we have for the film industry are becoming a small revolution for this city. People are becoming more green and health conscience, and as a result, we are seeing an abundance of organic markets like Sprouts and farm-to-table dining. Atlanta is embracing this new way of thinking, and I’m happy to see it.

With respect to real estate, I’m cautiously optimistic. The boom is obvious, especially in markets like Chastain, Brookhaven, and Poncey-Highlands/Intown. But the fact that we do not have a surplus of inventory is encouraging. When there’s a boom, there’s a bust. So we’ll have another correction in the market – the big question is when. Real estate is cyclical; it always has been and it always will be.

AA: Finally, what advice do you have for young professionals just starting in real estate?

AM: Think long term. Do not chase the dollar. Do not look at this as a job; look at it as a career. Read “The Millionaire Real Estate Agent” by Gary Keller. Learn the systems.

The truth is, not everything works for every agent, so I would encourage new agents to try everything and see what sticks. Know what you’re good at and know what you’re not good at, and run with the good. Hold open houses for other agents in the markets you want to thrive in. Getting out, meeting people and networking is, of course, stating the obvious. But it’s mandatory, especially early on in your career.

Allan Minter is a senior marketing consultant with Harry Norman, Realtors, and an honoree in Atlanta Agent magazine’s Who’s Who 2014 and 2015. A graduate of the Georgia Institute of Real Estate, Allan sold more than $3 million in real estate in his first year, and more than $30 million before he reached the age of 30. A Life Member of the ABR Million Dollar Club, Allan is also a recipient of the Phoenix Award.