Could Brexit send American real estate money back to London? 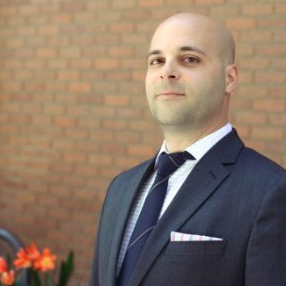 Atlanta Agent (AA): If you could, speculate a worst-case scenario for what Brexit could mean for the country’s residential real estate market?

Abby Shemesh (AS): That’s a good question. As far as real estate, I don’t really see a terrible downside on U.S. residential real estate in the near future. But the worst-case scenario would be if global markets are severely affected to the point that foreign money dries up and investment stops coming into the U.S., and then big cities and medium-sized cities start to plateau, as far as property values, or even decline in price as well. But quite frankly, this is a question that has come up quite a bit in our industry and it now seems unlikely that we are going to see a terrible worst-case scenario for the residential or even commercial real estate markets in big cities. However, that doesn’t mean rural areas and the smaller cities for residential haven’t already seen a negative effect in 2016, especially with the China effect in the beginning of the year.

At Amerinote Xchange, we’re seeing appraisals all day, every day going through the underwriting process, and the major hits that we’re noticing in real estate markets are resigned to rural areas and middle America, unfortunately. But the big economic centers have not really seen a decline, and I don’t really foresee a worst-case scenario other than the global markets being affected.

AA: Could Brexit lead to an uptick in foreign sales in the US?

AS: It absolutely will help foreign investment in big cities – think Dallas, Denver, San Francisco, New York, Miami, Philadelphia, etc. Depending on which part of the country you’re in, you’re going to see different types of foreign investors increase – like the West Coast is heavy in Chinese money; on the East Coast you’re going to see more foreign investors from Europe, like London and Russia; and that is not to say that Chinese money won’t be in the East Coast markets as well. And then you’ll see a mixed bag in Texas – around Houston, Dallas, and even parts of Austin you can see all types of foreign investors.

So, yes, we’ve seen a downtick across the country in foreign real estate investment, but I believe that Brexit is going to have significant, positive effect for foreign investors. The influx won’t necessarily be a good thing for owner-occupied families trying to compete with ticket buyers that, in essence, have unlimited funds compared to the regular domestic buyer. But it will be a good thing for existing property owners and foreign investors that want to put their money in a safe haven.

AA: Since you bring up domestic buyers, let’s talk about mortgage rates, which have gone down in the wake of Brexit. Do you see the new low, low interest rate lasting for a considerable period? What other forces are at play influencing the rate?

AS: Well, I do believe that home prices will go up in some major cities, especially in the warmer climates. Selling season is roaring in the spring and summer months for cities like New York, Philly, Chicago, Boston – basically the Northeastern states, the East Coast, and mid-eastern cities and their surrounding areas. Not so much in the colder months of course. I do believe rates will remain low through the end of 2016, possibly even into 2017. I believe the rate hikes that were planned by the Fed this fiscal year, which everyone has been talking about, will be put on hold until at least early- to mid-2017, and then revisited.

Rate hikes are also attached to employment numbers, which are sluggish in the U.S. according to analysts, even with the strong June 2016 jobs report. Corporate earnings are down for the fourth straight quarter, which is lending credence to the fact that there may be a recession in the next twelve months. Again, this is according to the analysts. In addition to that fear, auto sales also fell five percent in June according to a report last week. The declining sales can be a reliable indicator of a coming recession, but, of course, investors and analysts may change their tune if they see a strong jobs report in July. That’s up in the air at this point, but I definitely believe that interest rates will remain low for at least the remainder of this year, if not going into the mid-season of next year as well.

AA: You’ve touched on this a little already, but how do you see Brexit specifically affecting bigger urban market?

AS: Luxury homes, luxury penthouses, luxury condos – they have started seeing a decline. I mean, I’m in San Francisco, so this is coming from a person who’s actually looking for a property right now. I can tell you from first-hand experience in one of the hottest markets in the country that penthouses and luxury condos are actually falling. We see a lot of investors moving towards middle-market properties. I believe that’s because of the Brexit action Article 50 – the UK leaving the European Union. I believe that eventually penthouse and luxury home purchases will go into an uptick. We will see a little bit of a resurgence in those markets, specifically in the large economic centers like New York, Miami, San Francisco, Los Angeles, Chicago – those bigger markets.

AA: Can you speculate on the long-term impact Brexit could have?

AS: There’s two sides to this coin, and one that a lot of people aren’t talking about. A lot of real estate investors say, “Look, the time to buy is when markets are in shambles.” Right? And the real estate market is in shambles in London right now – the commercial market, the residential market. Next to Tokyo and New York, London is the largest financial center in the world. So you may have an increase in investors going back into London when the smoke clears even before the two-year mediation on Article 50, when investors get a better idea of what is happening. And this may actually be American investors and American hedge funds – which are the second largest investment buyer of U.S. real estate – that go into London and say, “Hey, we’re going to start buying properties because real estate is so cheap, there’s so much uncertainty, we have the capital assets to insure and insulate ourselves, and this may be a good thing.” So as far as the long-term effects of Brexit – and when I say “long term” I mean the next 10 to 14 months – American money could be going into London. This trend could significantly affect global markets, which could significantly affect the way investors spend their money with regards to the U.S. real estate market or even the U.S. economy.

AA: Finally, Theresa May, the UK’s new prime minister, has talked about wanting to rush the UK’s exit from the EU – and I know the EU wants to hurry these along as well – but other sources have speculated the country could end up dragging its feet to remain in the EU for as long as possible. Do you see the UK taking the entire two years it’s allotted to leave the EU, or will the the exit happen much faster?

AS: I think that the new PM is going to at least try to push it through as quickly as possible. And quite frankly, I do not believe, regardless of what the EU says, that they want it to happen that quickly. I believe the only reason the EU is saying that right now is to calm markets and to calm the countries that are still existing within the EU.

Look, the EU is not happy about the fact that one of its largest members is leaving the union. So I expect they’re going to kind of put them through the grinder on this. They’re talking out of one side of their mouth now, but they’re going to say something out of the other side in the next two years. Based on what I’m seeing and, the EU is in big trouble because of the uncertainty. We have Greece, a major a drag on the European Union. London is exiting. France, if I am not mistaken, is now making rumbles about doing the same thing. The EU is trying to calm everyone down, including the global market, by making statements about a quick UK exit. So that may be their position now, but I don’t think they are going to hold to that position in the coming months.

Article 50 will eventually go through, and the divorce will occur. But I don’t think it’s going to be as rosy and sweet as the EU claims it’s going to be from their side. Because let’s be honest, the EU is a very bureaucratic juggernaut. That is, nothing happens quickly with them. Not that it does in any political climate or government, but specifically with the EU.