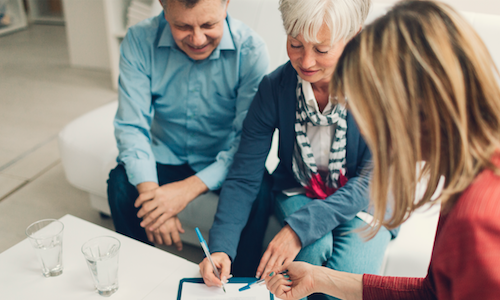 What do seniors look for in a neighborhood?

It’s a smart question for real estate agents to ask, considering the rapid growth of the country’s 65-and-older population.

In 2014, 46.2 million people in the U.S. were at least 65 years old; and 78 percent of them were homeowners. The U.S. Department of Health and Human Services expects the country’s older population to more than double by 2060.

A past survey from AARP attempted to answer the question of what older homebuyers are looking for in a community. Its members responded (in order of importance): increased police presence; improved schools; pedestrian-friendly streets; easy access to transportation for older adults and people with disabilities; and plenty of parks and green space.

In terms of nearby amenities, older Americans agreed on the following:

What the AARP’s survey results showed is a population that values independent living, Rodney Harrell, director of livability thought leadership at AARP, confirmed in a recent interview with Builder.

“The features that people want the most are bus stops, grocery stores, pharmacies, and parks,” he said. “All of these things have a direct association to what a community can delivery to help independent living.”

As part of an initiative to improve the ability for older persons to understand how well a particular neighborhood caters to those unique needs, Harrell and his team developed a Livability Index that evaluates a particular area on just that.

For Atlanta, the index reads:

The tool was built to be consumer facing, but it will function as an asset to any agent serving an older client. It’s hyper focused, offering more than just city-wide ratings; it provides neighbor-specific, and even address-specific information.

In a market where the aging population is growing and agents need to carve out more defined business niches to succeed, Harrell and company’s Livability Index is a vital tool for showing value.