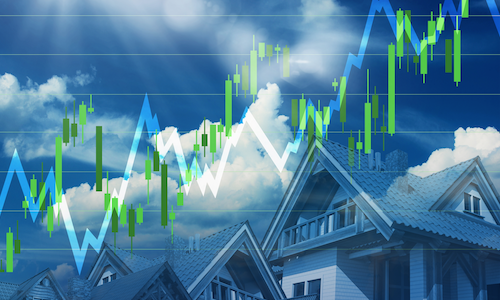 The most consequential question facing the housing industry today is: Are we approaching a correction?

National Association of Realtors Chief Economist Lawrence Yun said in January that 2016 was the market’s best year since the Great Recession. He thanked job creation and low mortgage rates.

And he’s right – in a certain context. Both home sales and prices were up nationally last year.

But that doesn’t necessarily mean the nation’s market, or Atlanta’s, isn’t nearing a correction.

In early 2010, strategic consulting firm The Hammersmith Group published a report, reflecting on the 2008 crash entitled “Rethinking real estate: Contrarian strategies for profiting from down markets.” In it, the group identified a number of markers that indicate a market is hitting its peak. Two that we can clearly see today are exorbitant prices and runaway association membership.

The consulting firm’s report reads: “The boom years of any real estate cycle are defined by a suspension of disbelief: a conviction that high prices actually reflected the underlying value, that the fundamentals really had shifted, and a conviction that prices and assumptions are typically tied to the recent past.”

From the first quarter of 2001 to Atlanta’s pre-crisis price peak, the median home price jumped 8 percent, according to The Economist (and as our below table illustrates). After the crash, home prices in the city took a dive. The market hit its bottom in the fourth quarter of 2012. However, since then, prices have increased 37 percent – more than double the national rate.

But what’s more telling is Atlanta’s home price index (HPI) score, which is a more comprehensive measure of affordability, in which a score of 100 is normal. At its pre-crisis peak, Atlanta’s HPI was 161.6. Currently, it’s 153.5.

“When everyone with a pulse is becoming a real estate agent because it seems like easy money, it’s a fairly accurate sign that a correction won’t be too far off,” said Ary Freilick, managing partner of Blumberg & Freilich Equities.

When the housing market was riding the crest of the early 2000’s bubble, real estate association memberships became the new fad.

But now, membership is once again swelling. It’s risen 27 percent in the last five years.

Indications are still only indications

These indicators are by no means definitive predictors of a forthcoming correction, but are considerations every real estate agent should keep in mind. As The Hammersmith Group stresses in its report: “It is critical to remember that present conditions will not persist, indefinitely, and that these valuations will not be sustainable over the long term.”