When does owning in Atlanta become a better deal than renting? 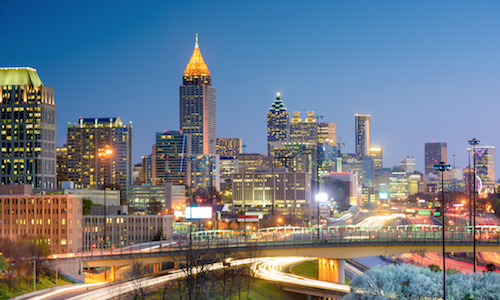 Buying a home in Atlanta is a great deal – so long as they stay in it for at least a year and a half.

That was the conclusion of Zillow’s latest Breakeven Horizon report, which calculates how long the average homeowner has to stay in a home before it makes more financial sense than renting.

Nationwide, the breakeven horizon in 2016 was 1 year and 11 months. According to the report, that’s a 20-day increase from 2015, and the result of a widespread slowdown in home price appreciation.

Buying in Atlanta, however, a person needs only to own his or her home for 1.4 years before it makes more financial sense than renting (assuming the home appreciates 4.84 percent in the first year). While that’s a relatively high breakeven horizon for Georgia, it’s lower than most other major metropolitan markets.

Since 2015, Atlanta’s breakeven horizon has increased 7 days and reflects a slight slowdown in the market.