Affording a down payment is biggest hurdle to homeownership, Atlanta residents say 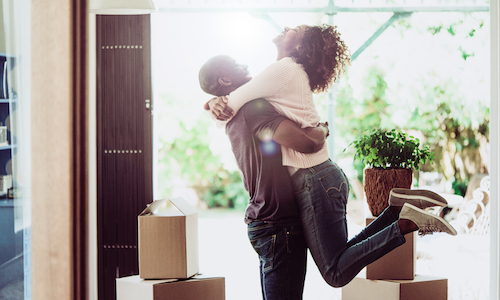 About 70 percent of renters say securing enough cash for a traditional down payment is the biggest obstacle to buying a home, according to a study by Zillow.

With an average mortgage payment costing less on a monthly basis than rent in 33 of 35 of the country’s largest markets, it’s conceivably a great time for homebuyers. But because home prices are climbing to heights not seen since 2007, a 20 percent down payment on an average home is greater than two-thirds of a household’s median income, according to Zillow’s Housing Aspirations Report released Wednesday.

In Atlanta, 62 percent of renters say affording a down payment is their No.1 barrier to homeownership, followed by their existing debt (55 percent) and ability to secure a mortgage (51 percent). Those are the top three obstacles nationwide as well.

Faced with more-expensive homes requiring larger down payments, coupled with stagnant wages and high rent, many perspective homebuyers are finding it hard to save money, Zillow said.

“With home values close to record highs, it’s not surprising renters are concerned about coming up with enough money to buy a home,” Zillow’s Chief Economist Dr. Svenja Gudell said in the study. “Rising rents are also a factor – it’s extremely difficult to save when you’re paying record-high rents. … For those trying to save for a down payment, it’s important to set realistic goals and realize it may take you a few years.”

Renters still want to own

The perceived inability of renters to afford down payments might be keeping them from owning a home right now, but a large majority of renters still have a desire for homeownership.

Gudell said the lower down payments will help put you in a home, but they usually come with an increased debt burden.

“While it is possible to put down as little as 3 percent on a home, the trade-off is a higher interest rate and costly private mortgage insurance, a financial tradeoff that may make sense for some buyers,” he said. “But with interest rates rising in 2017, it’s important to remember that a lower interest rate can save buyers thousands of dollars over the life of their loan.”