The city of Atlanta to fund affordable housing design competition 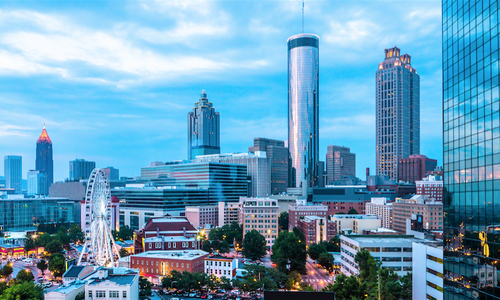 There is no doubt that Atlanta is in the midst of a massive growth spurt. In fact, the southern metro anticipates its area population to almost triple in the next 20 years alone, growing by upwards of 2.5 million people.

In an effort to prepare for the impending influx of new residents, the Atlanta Department of City Planning announced the launch of the domestiCITY design project, an architectural and organizational competition that seeks innovative design proposals for affordable urban housing.

The contest calls upon local companies to create feasible models for the construction of multi-family housing units in the city. Santa Fe Villas, a four-acre housing development on the southwestern side of the city, will be the project site.

What’s more, the Department of City Planning asks that all proposed designs take both increasing construction costs and  the mounting demand for affordable housing into consideration. These factors are both expected to escalate as more people flock to Atlanta, and the best project proposals will account for the complications they bring forward.

In total, the domestiCITY competition consists of two phases.

In Phase I, five finalists will be selected anonymously by a panel of independent judges. Each of the finalists will be awarded $20,000 to expand upon and improve their designs. At this stage, the panel will also name one especially creative project the recipient of the “Architectural Innovation” award. Though the winner of this title will not advance further in the contest, they will also receive a cash prize of $20,000.

During Phase II, each of the five finalists will elaborate upon their initial proposal, after which the panel will select a winner to receive $30,000 to develop their housing plan.

The Atlanta Department of City Planning sees the domestiCITY project as a means to cultivate unique, effective and sustainable housing solutions in the wake of a large population boom. Moreover, the city hopes that the competition will encourage some of Atlanta’s most innovative designers and engineers to get involved in the city planning process, helping enhance Atlanta resident’s quality of life.