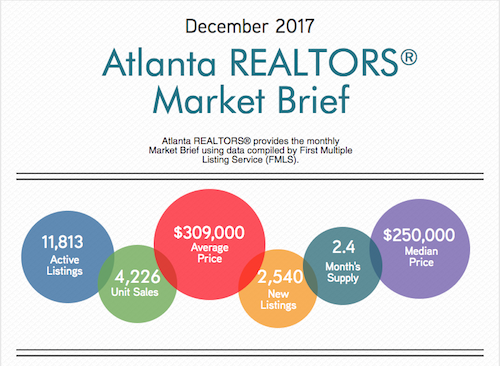 Atlanta home sales ended 2017 on a low note as home sales dropped on both a month-over-month and year-over-year basis, according to the Atlanta Realtors Association.

“The Atlanta market finished the year much as it began, with low inventory continuing to be an issue for Metro Atlanta,” said Atlanta Realtors Association President Bill Murray. “At the end of 2017, inventory provided just under two-and-a-half months’ supply.  As a result, median home prices continue to rise with a 5.5 percent increase over 2016, continuing the trend of steady, positive monthly growth that has lasted over five years.”