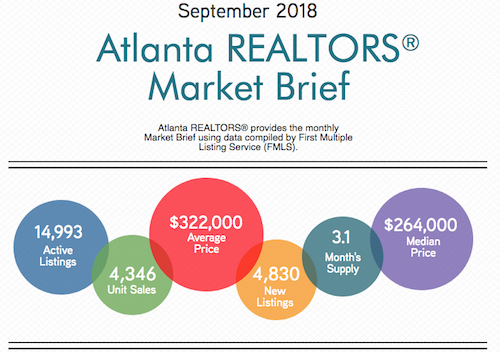 Tight inventory leading to dropping home sales continues to be the song of Atlanta home sales, according to the September Atlanta Realtors report.

“The summer cycle has ended, and the number of transactions has slowed to below the sales this time last year, at least partially due to a continued tight, yet slightly increasing, inventory of available homes,” Atlanta Realtors President Bill Murray said.

“Sales prices have begun to level out but continue strong increases with year over year comparison as Atlanta looks towards the slower months ahead,” Murray said.