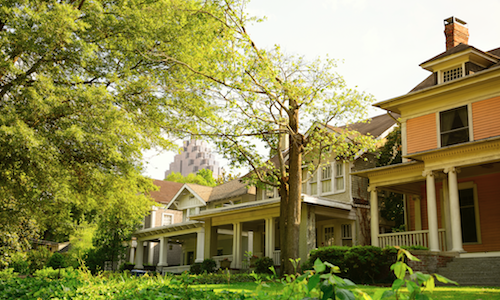 Financing for several affordable housing projects was approved by Mayor Keisha Bottoms and the Invest Board of Directors that will bring rental units to one of the city’s commercial corridors as well as for-sale properties in the Vine City and English Avenue neighborhoods.

The board approved a loan increase of up to $1 million from the Vine City Housing Trust Fund to Place Properties for modular single-family homes in the Westside neighborhoods of English Avenue and Vine City. Target prices will be between $135,000 to $160,000. Hartland Station, a 130-unit multi-family development in the Sylvan Hills neighborhood, got a boost when the Invest Atlanta Board approved a $1.3 million grant funding, which will include 40 units set aside for those earning 50 percent AMI and 70 units saved for those earning 60 percent AMI or below.

Finally, the board gave the go-ahead to a loan of up to $250,000 to finance the construction of four single-family homes in the English Avenue neighborhood. Three homes will be restored; one will be new construction.