A new report by Redfin shows that the popularity of Atlanta suburbs, particularly Gwinnett County, is driving home sales and also bringing about greater demographic diversity — a sea shift in the metro area that helped President-elect Joe Biden to win the state.

The report notes that Biden won the Atlanta suburbs by a 30.5 percentage-point margin, an increase of more than 7 percentage points from the 2016 Presidential election. 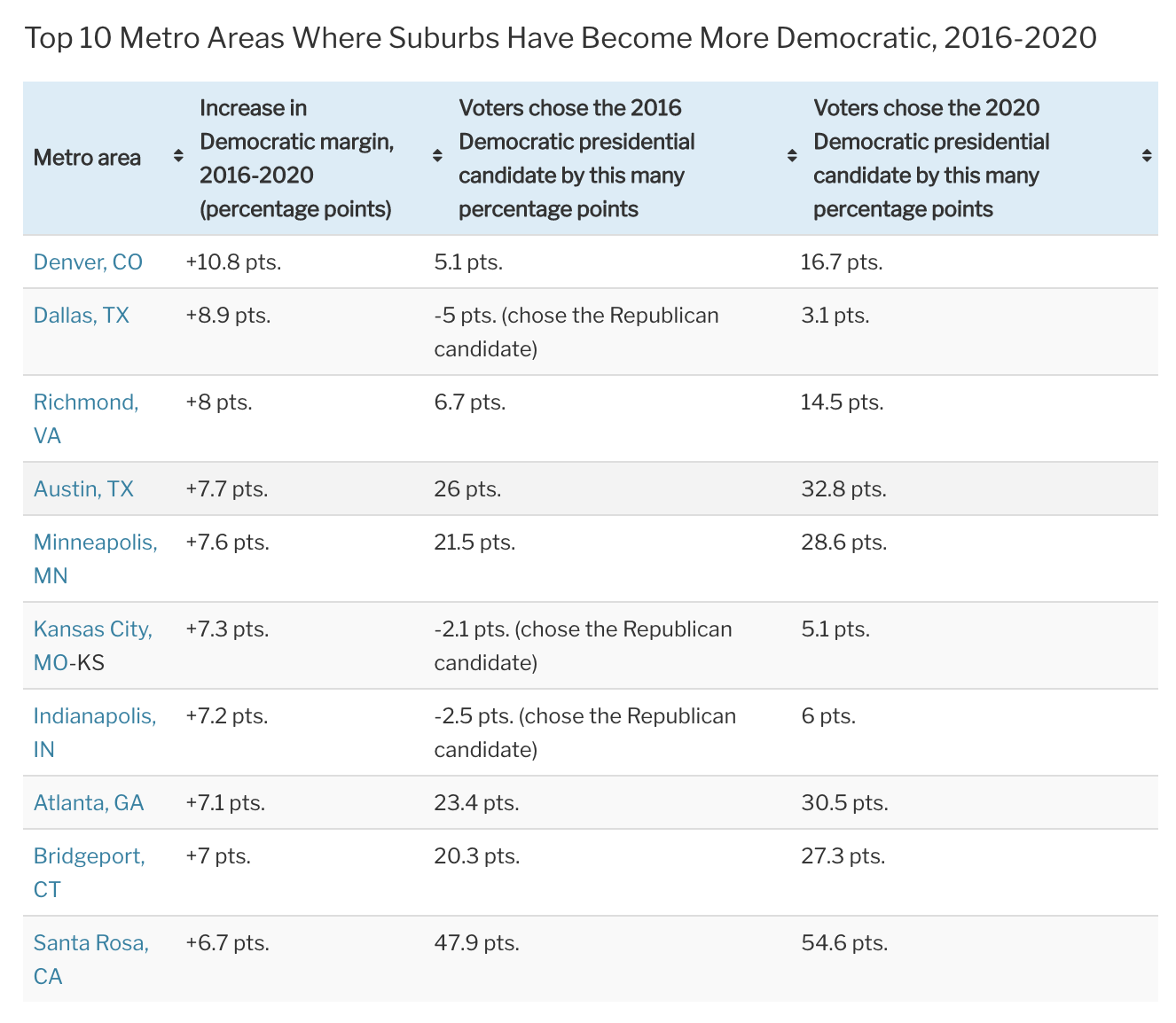 That follows an uptick in people of color living in Atlanta suburbs, increasing nearly 3 percentage points to 46.1% from 2010 to 2018, according to Redfin.

The report noted that Gwinnett County voted for Biden over President Donald Trump by a margin of 18 percentage points. That’s more than triple the 5.8-point margin in 2016.

“Gwinnett County used to be known for its reliably white, upper-middle class Republican voters, but it has become much more diverse, and it’s one of the places that is turning Georgia blue,” local Redfin real estate agent Jackie Johnson said in the study. “People move to Gwinnett County from all over, including California, Washington, D.C., Chicago, Wisconsin and Tennessee choosing it over Atlanta because it offers the same amenities of a big city with a small-town feel. Plus, families can find more land for less money outside the city.”

Learn more about the demographic shift in suburbs here.