An Atlanta-area developer is asking Newnan to annex 42 acres it hopes to turn into a massive mixed-use development that would bring more than 1 million square feet of residential, office and retail space to an undeveloped area east of the city’s downtown.

Poplar Place Town Center, as the master-planned community would be known, would offer 304 multifamily apartments, 250 senior-living units and four office buildings of 162,500 square feet each.

The community would also include a 140-room hotel, three standalone “jewel box” restaurants, retail space and two nine-story parking decks, among other amenities. The nearby LINC Trail would be extended through the development and skirt an existing pond that would be retained as a central feature of a community area.

The developer, Barry Companies Inc., is requesting the city annex the undeveloped land, which is at the northeast quadrant of the intersection of I-85 North and Poplar Road, and rezone it to mixed use from rural conservation as currently zoned by Coweta County. In its application, the developers noted the project is expected to boost tax revenue the land currently generates for Coweta County Schools to $4.7 million per year from $2,355 per year and increase tax revenue for the city of Newnan to $914,291 per year from the current $880 per year.

“This community will be the first of its kind in the City of Newnan and will not only employ local residents, but will also attract those outside of the city limits,” an attorney for Barry Companies wrote in a letter to Newnan’s planning director. “The annexation will allow for development of this current property that is vacant, but is a gateway into the City of Newnan.”

According to plans filed with the city of Newnan, Poplar Place would be developed in phases, with phase one including the town center’s main street with retail shops, restaurants and offices, the multifamily building and the senior-living component. Phases two and three would each see the buildout of two office buildings and a parking deck, while phase two would include the hotel as well.

The annexation and rezoning proposal was set to be considered by the Newnan City Council today. Due to its size, the project is also considered a development of regional impact and must be cleared by other authorities as well. 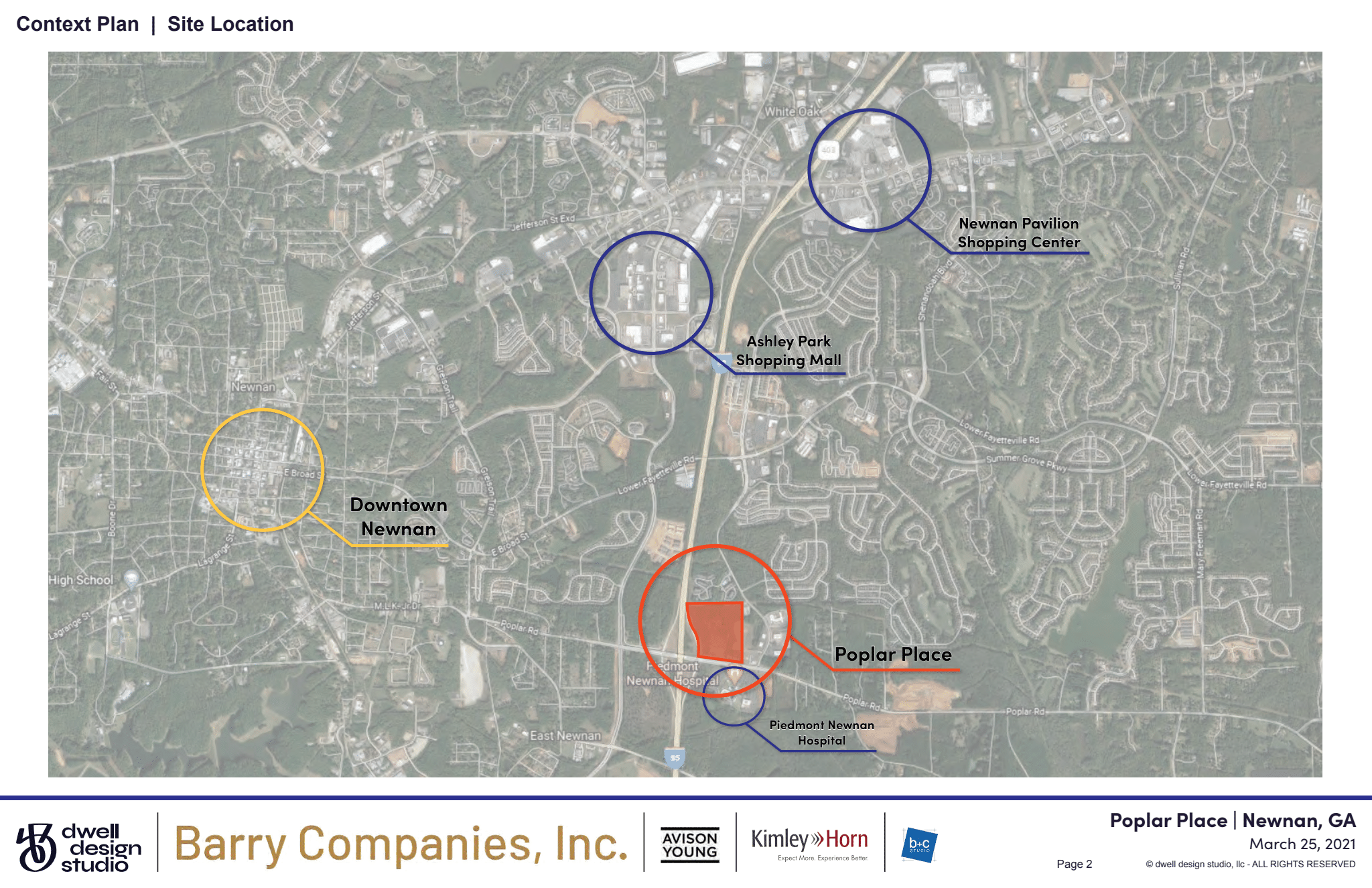 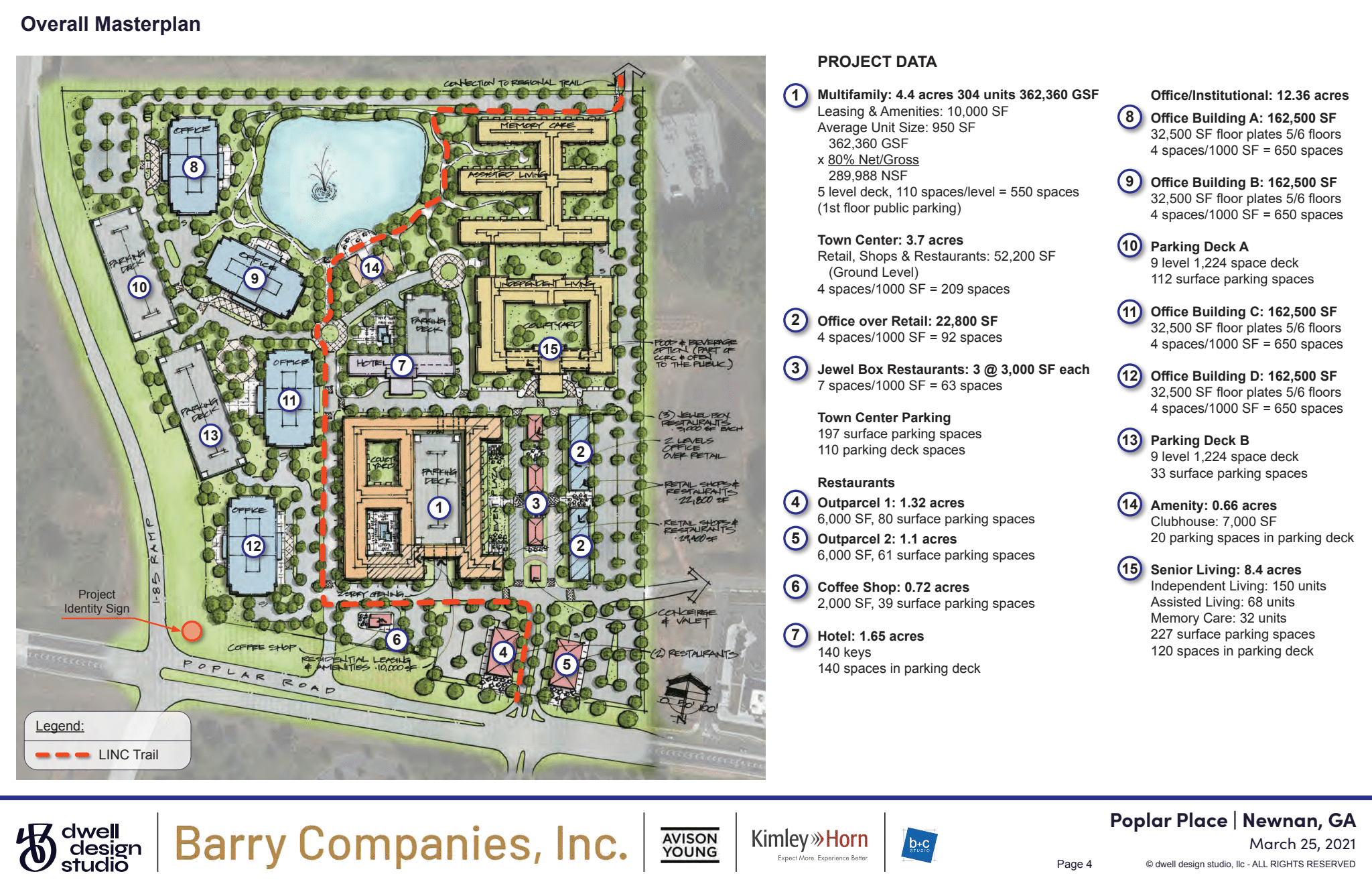 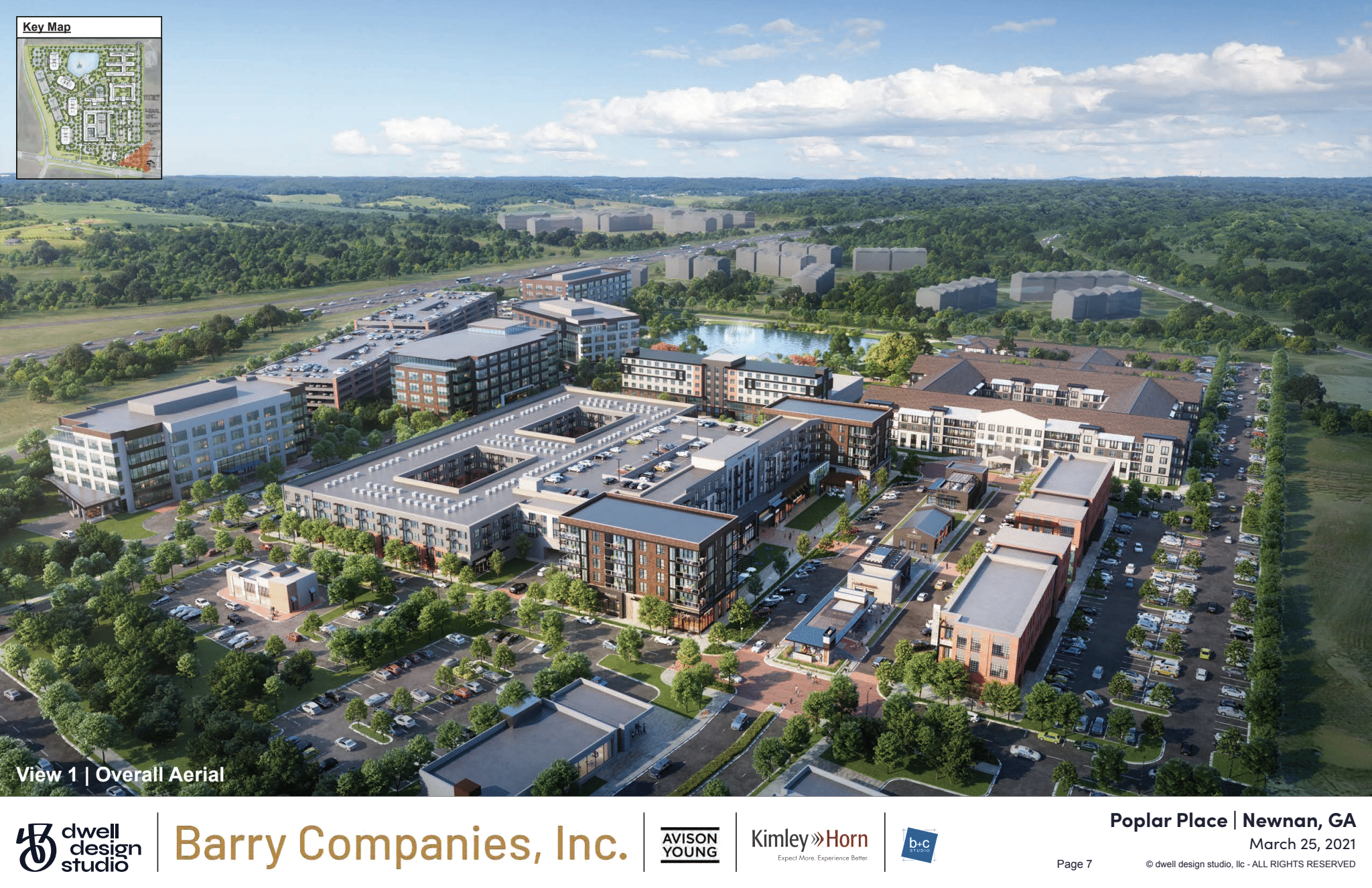 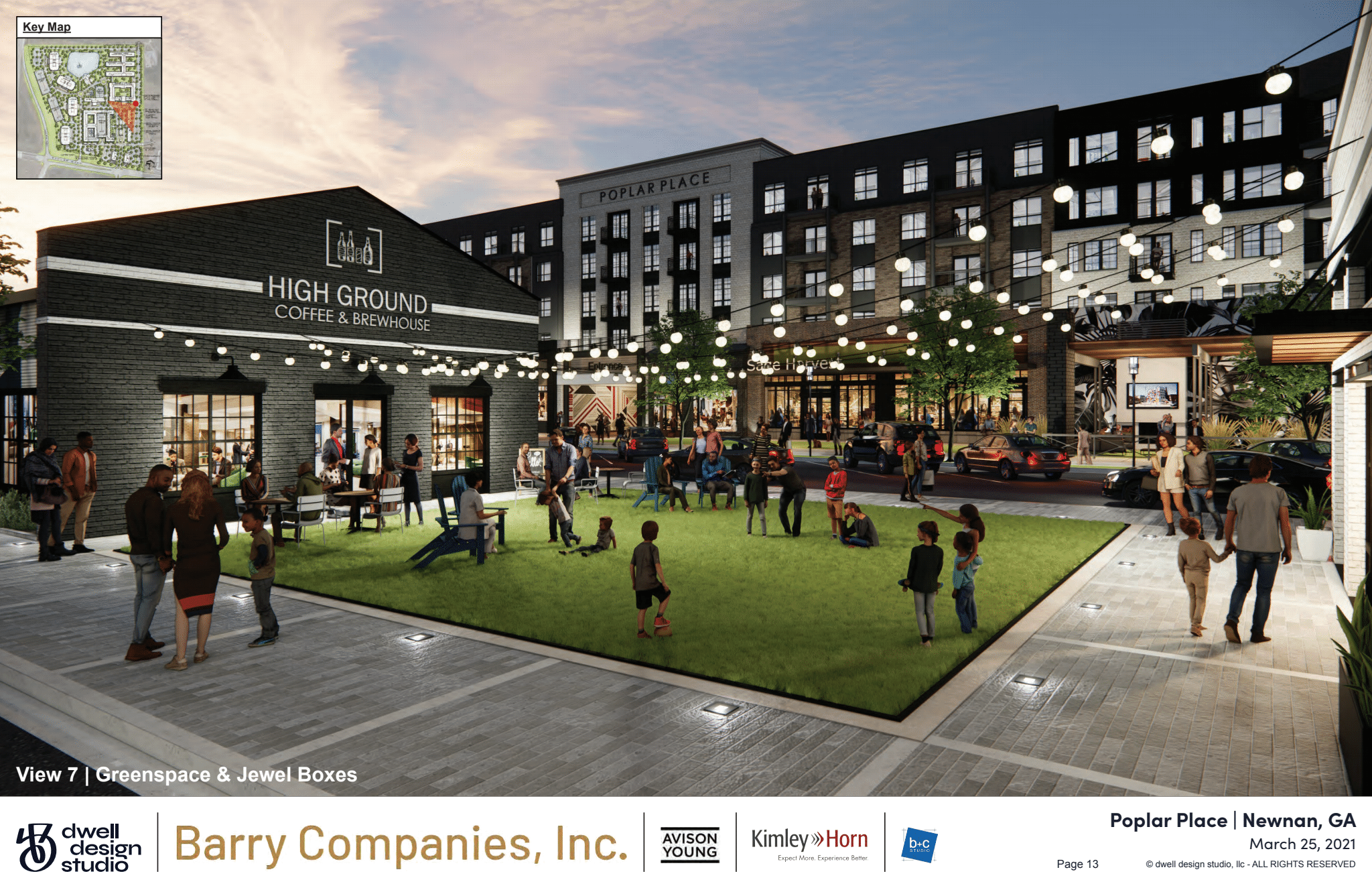