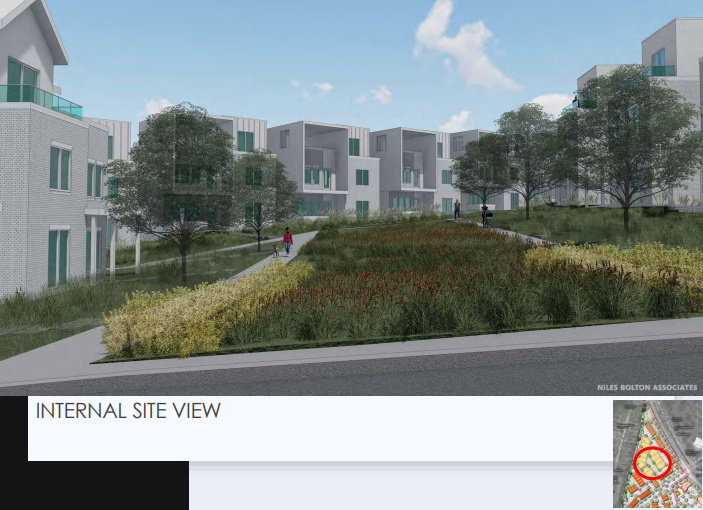 Brock Built Homes is seeking to build a mixed-use community in Alpharetta, with 37 single-family homes, 144 townhomes and four office buildings, according to plans filed with the city.

The development, to be known as Morrison Park, would be built on an undeveloped 25-acre parcel at the intersection of Haynes Bridge Road and Morrison Parkway. The site has already been cleared. 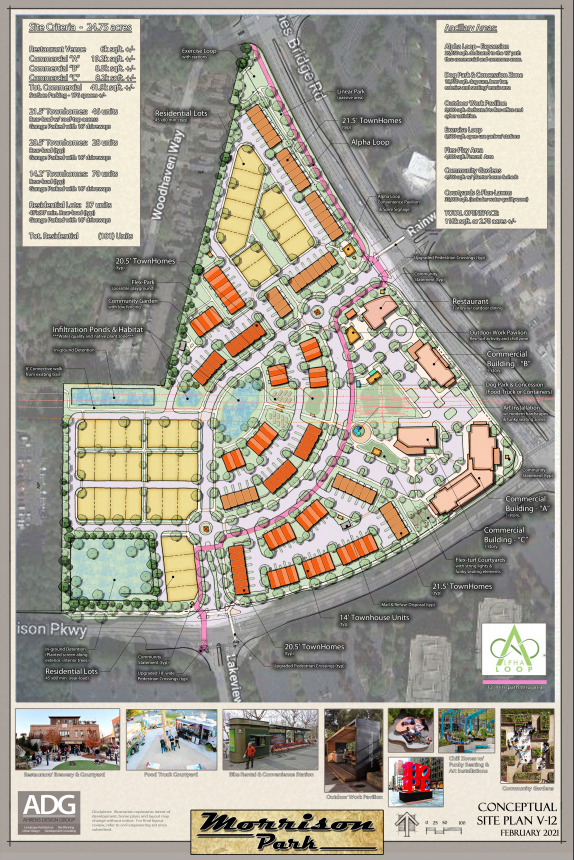 Brock intends to incorporate numerous public spaces into the project, including an extension of the Alpha Loop multiuse trail, public art installations and parks. Restaurants and other retail features will serve workers in the 42,000 square feet of new offices, as well as existing ones nearby, according to the plans. Altogether, there will be 100,000 square feet of civic spaces and 72,000 square feet of amenity spaces. 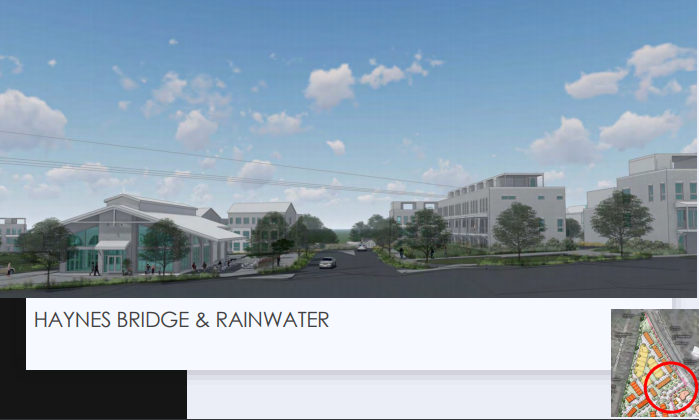 Brock is seeking several zoning variances from the city, including waiving the mixed-use zoning requirement of a minimum of 25 acres (the parcel is technically 24.76 acres) and reducing the width of some sidewalks to account for the extension and internalization of the Alpha Loop.

The builder plans to use green screens to reduce the visibility of a large overhead powerline that bisects the property.

“Morrison Park offers a live work play lifestyle encouraging residents to live out of their front doors,” Brock said in the application. “Morrison Park benefits the surrounding office uses by creating a destination for all to enjoy, during business hours and for recreation.” 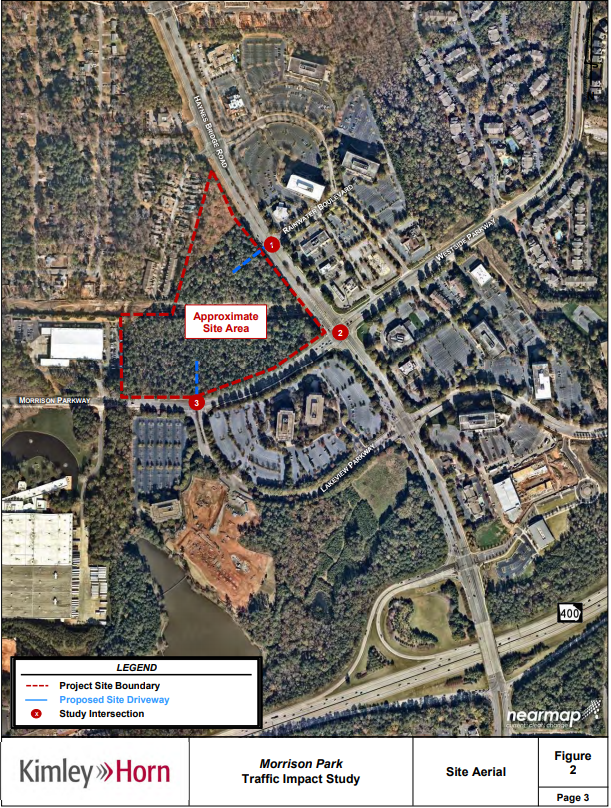