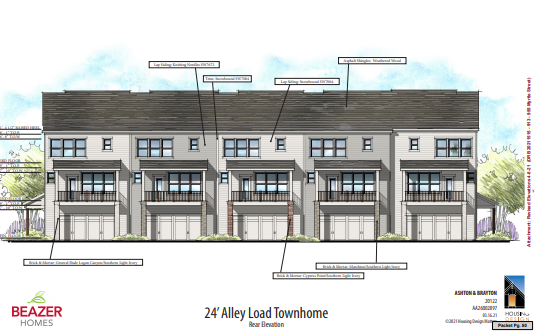 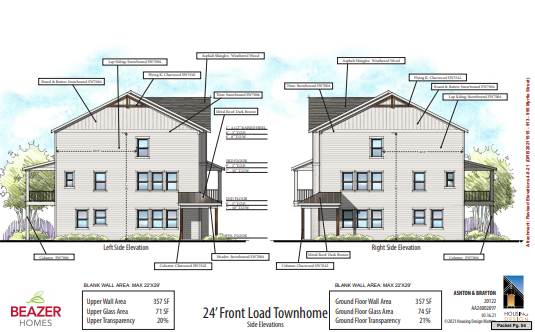 The new master-planned community will consist of six, three-story buildings situated in two rows on a 2.52-acre property at the corner of Myrtle Street and Zion Circle, just a couple blocks east of Roswell City Hall and Roswell Cultural Center. 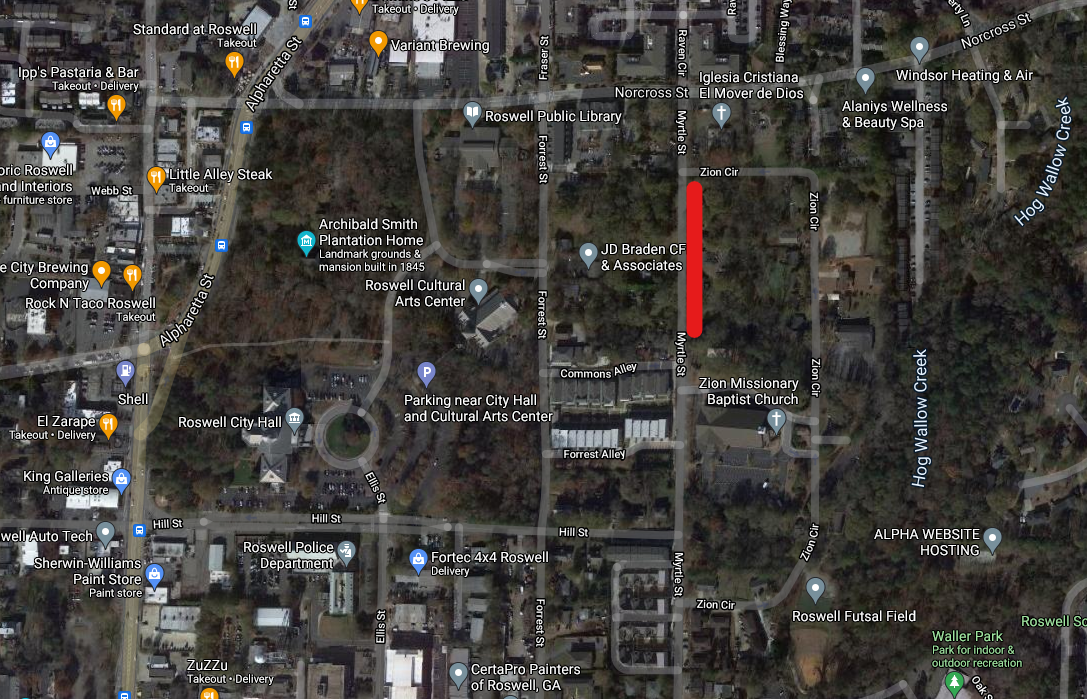 The property is currently divided into five parcels, each occupied by an older, single-family house that will be demolished.

The land is zoned for residential mixed-use, so the construction of townhouses there is by-right, according to the document, which was submitted to Roswell’s Design Review Board. 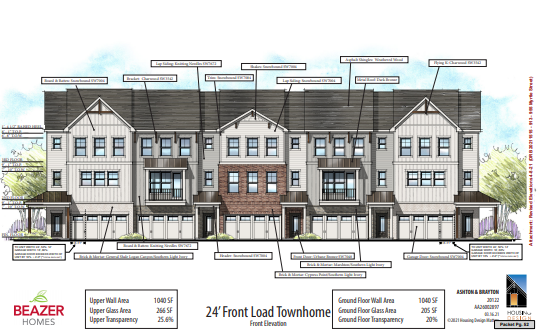 Beazer is asking the city to waive a provision that requires garage doors on front-loading townhomes to be no more than 50% of the width of the unit. At only 24 feet wide, the Myrtle Street units could only allow a single car door under the ordinance.

“As an alternative, we have specifically chosen a garage door for both style, transparency, and function to mitigate the visual appearance of a proposed 16′ garage door,” Beazer’s letter of intent to the board states.

The proposal calls for doors with panel designs that convey a set of side-by-side double carriage house doors, the document said.