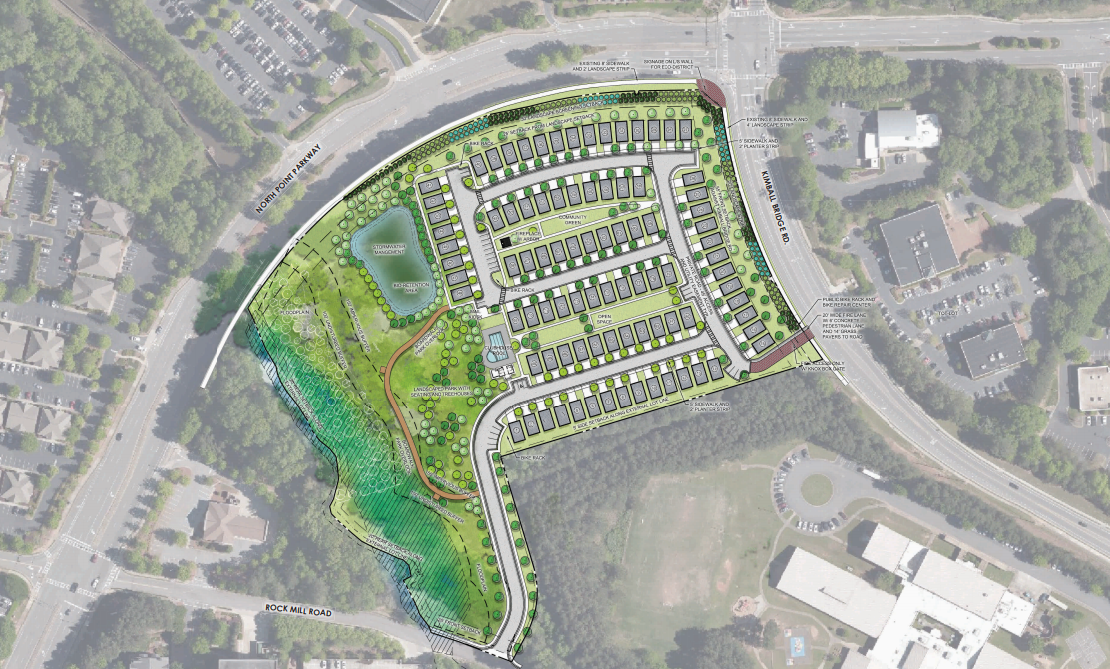 Empire Communities has proposed a 90-home master-planned community for Alpharetta.

The development, slated for a four-acre wooded area at the southwest corner of Kimball Bridge Road and North Point Parkway, would have a mix of detached homes, with 42 alley-accessed homes and 48 front-entry residences, each with a two-car garage. The builder expects the homes to range in size from 1,800 square feet to 2,200 square feet and be priced between $499,000 and $550,000 each, according to a rezoning application filed with the city.

Empire has proposed at least two 16,000-square-foot pocket parks for the neighborhood, as well as a large open park with a raised boardwalk and a recreation feature — the application suggests tree houses — and a swimming pool with cabana.

The proposed development is in Alpharetta’s North Point Activity Center Livable Centers Initiative and offers a “golden opportunity” to further the goals of the plan, which was first developed in 2008 and envisions “a walkable, mixed-use village with a focus on sustainability, greenspace and connectivity,” according to the application.

“The proposed development will further the trend toward transforming the area into a walkable, mixed-use environment by adding a needed variety of for-sale housing product to the area,” the application states, noting that the property is surrounded by commercial developments, including offices and the North Point Mall.

A community zoning information meeting is scheduled for Sept. 8. 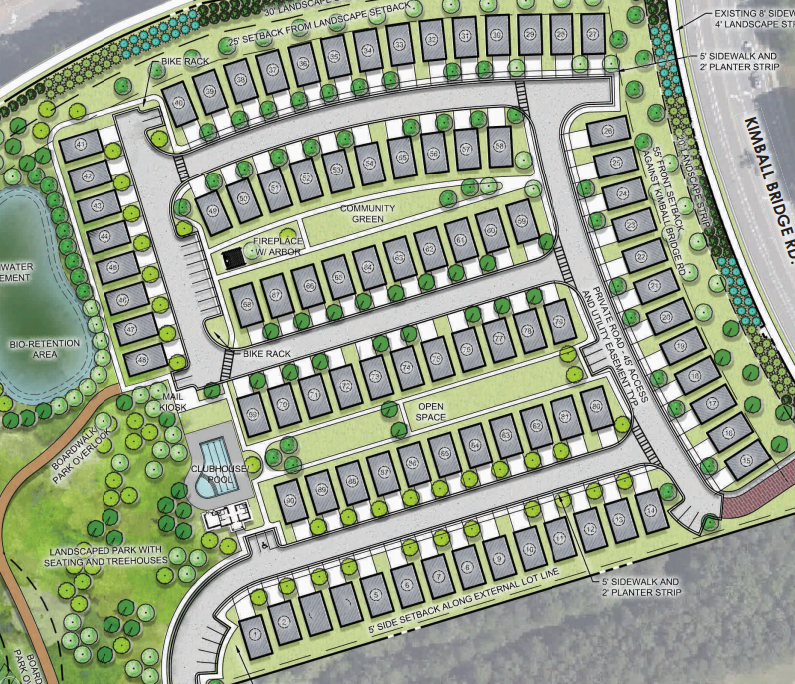