If developed, the tower would be the second-tallest in Atlanta by floor count, standing below the Westin Peachtree Plaza Hotel, at 73 stories, and above SunTrust Plaza, at 60 stories. By height, Bank of America Plaza is the tallest in the city, standing at 1,023 feet. 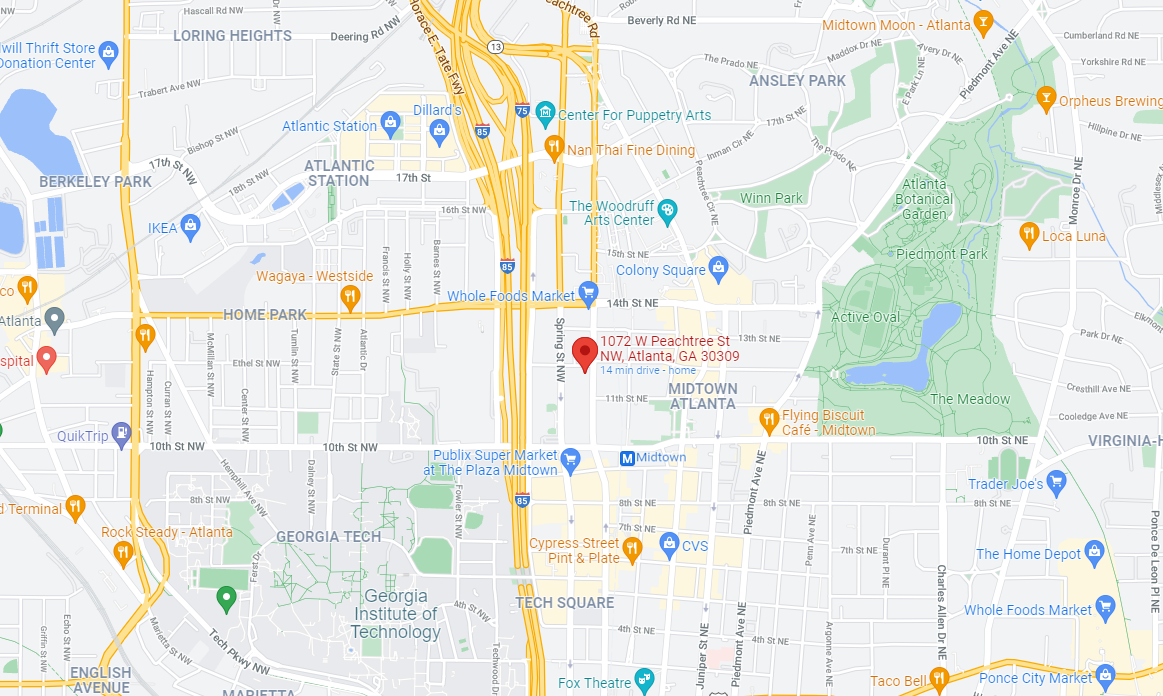 According to the application, the building at 1072 West Peachtree St. would include 350 residential units situated above approximately 212,200 square feet of office space and 10,000 square feet of street-level retail. An 8-story fully screened podium deck with 850 parking spaces is also part of the proposal.

The site is at the southwest corner of West Peachtree and 12th St. and is currently home to a two-story Post Office.

The Atlanta Business Chronicle reported that Rockefeller Group purchased the 1.1-acre site for a hefty $25 million, or $500 per land square foot, in 2020. Only three other properties have sold for more on a square-foot basis, the Chronicle reported at the time, citing Databank Inc. CEO Alan Wexler.

Morris Manning & Martin LLP, Brock Hudgins Architects and Eberly & Associates are helping to represent Rockefeller Group, according to the application. Requests for comment were not received by press time.